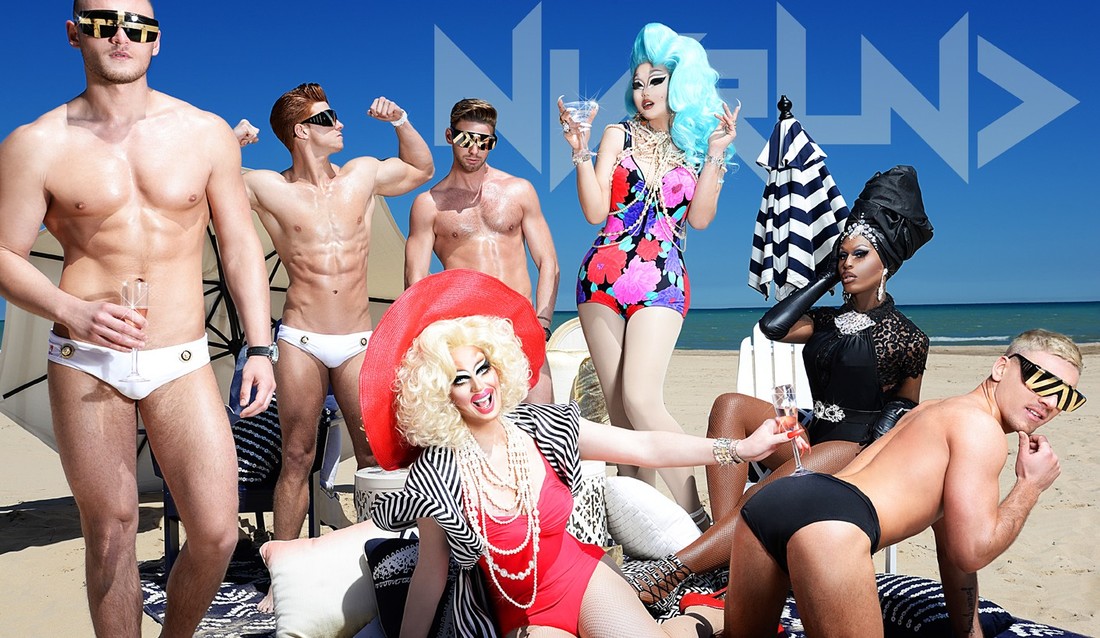 Chicago, IL - With attendance at the Chicago Pride Parade more than doubling in the last five years - breaking one million people the last two - and the rainbow-colored celebrations of the parade and Pride Fest now split between two weekends, Chicago has seen its Pride festivities change and grow to a whole new level -- and this year promises to be the biggest yet.

The crew behind Neverland, Chicago's own unique brand of high-concept themed dance parties, is ready to up to ante with a series of three fabulous, high-end Pride weekend parties designed to bring Chicago into the running with the other major cities holding Pride celebrations the last weekend in June.

"I've never missed a Pride, whether I was living in Philly or traveling around the country or settled here in Chicago," Anthony DiFiore, Neverland's Co-Founder and Creative Director, told ChicagoPride.com. "I used to travel all the time during Pride weekend because it's the same weekend in Chicago as in [New York City], [San Francisco] and Toronto...Chicago is the 3rd biggest city in the country. Why were we not matching the entertainment of other major cities?"

"Part of the reason why I'm a good candidate to help create Chicago Pride's dance party entertainment is because I've seen what they do in Madrid and New York and other major Prides," he continued. "I can bring those experiences back home and turn ideas into reality."

On the Saturday before and Sunday of the Chicago Pride Parade (June 27 and 28, respectively), Neverland is hosting a daytime Pride Pool Party at Deuce's & Diamonds on Clark Street, a fabulous all-night "Bougie Ball" themed dance party at the Metro and a post-parade Pride Closing Party Sunday night at The MID. Tickets for all events are available online, both individually and as a "weekend pass" deal, and at Egoist Underwear at 3526 N Halsted in Boystown (for those who want to avoid paying the online service fee).

The weekend kicks off Saturday afternoon with a fabulous outdoor pool party at Deuce's & the Diamond Club. The bar, located just a hop away from Boystown at 3505 N. Clark, is a massive two story bar with a huge outdoor patio, complete with a sleek pool and private cabanas. Neverland is beefing up the club's sound system (like only the gays can do) and flying in Los Angeles-based DJ Joshua D, who recently headlined a pool party at the legendary White Party in Palm Springs!

The pool party is bumping from noon to 7 p.m., and while all of the private cabanas have already sold out, individual tickets are available for $35 a piece.

After you spend the day lounging by the pool, drinking, dancing and catching tan in your most fabulous and tiniest bathing suit, showing off that Pride body you worked so hard for, head over to Neverland's "Bougie Ball" at the Metro Saturday evening for the latest in Neverland's series of over-the-top theme parties.

"A 'bougie' party is perfect for Pride, because we're all out celebrating that weekend, and the theme encourages us to dress our absolute best," Fiore said. "Our Pride dance party is like the annual prom. We want people to get really excited about it and tear apart their wardrobe (or buy new stuff!) in search of an outfit that makes a statement. On Pride Saturday, we just want everyone to be bougie, and to have fun with the theme! If everyone shows up looking good, they're going to feel good and have a fun night."

The party is an ode to everything glamorous, high-end and fabulous (think labels and bling and skin). "Bougie Ball" has (so far) inspired two photoshoots being used to advertise the weekend. One set of pictures are bright and vivid, like a sexy, sinful Dolce & Gabbana ad, shot by photographer Adam Ouahmane at Chicago's Hollywood Beach. The shoot features Trixie Mattel -- who rose to fame recently when she appeared in season 7 of Drag Race -- one of the hosts at "Bougie Ball" alongside Neverland favorites Kim Chi and Shea Coulee.

"Joselyn is such an epic representation of femininity that most people can't even tell that she is transsexual," Fiore said. "When we released the poster I was getting texts asking why we put a woman on an ad for a gay party. Neverland is about everyone, and so we want more than just muscular gay men in our photoshoots. We want drag queens and transsexuals too, because they add so much flavor and intrigue."

Neverland veteran DJ Alex Acosta returns for Pride (check back to ChicagoPride.com for an interview with Acosta leading up to the event) alongside DJ Alexander from Los Angeles with performances by Sasha Colby. Per usual for a Neverland event, the partygoers dressed to the nines at "Bougie" will experience the high-concept costumes, lighting, set design and production that made their "Summer Olympics" party at last year's Pride, their first at the Metro, such a success.

"Last year we created a giant structure on Metro's stage that looked like Hollywood Squares lined with LEDs," Fiore said. "This year we have totally redesigned the stage. I don't want to give it away, because part of the intrigue of a Neverland party is walking through the door and seeing what's on the other side."

Neverland closes out the weekend by taking over The Mid, one of Chicago's most prestigious nightclubs located at 306 N Halsted in the West Loop. European superstar DJ Ivan Gomez is flying in from Spain to spin from 11 p.m. to 4 a.m. Queen Bee Ho, a near-win for Miss Continental who also performed at Neverland's most recent Purity Ball, is also back to entertain and delight. Individual tickets are available online for $30.

A special weekend pass is also available online or at Boystown's Egoist Underwear. It gives holders access to all three parties (that's the Pool Party, "Bougie Ball" and closing party at The Mid) for just $95, saving them a whopping $45.

This all-weekend Pride celebration is the culmination of years of parties thrown by Neverland in Chicago and even on a national stage. They first took on Pride two years ago with their apocalypse-themed "Contagion" party at the EvilOlive in Logan Square. They took their Pride party to the next level last year when they hooked up with the Metro and found a space that could truly handle the high-intensity, professional production quality and general fabulousness synonymous with a Neverland party.

"Now that we've established our Metro event, we're building up the entire weekend with three events," Fiore said. "People who come to our city will have entertainment before and after the Pride Parade. If this takes off and our city starts to get Pride tourists, who knows where this could lead."

"Our team is very forward-thinking," he concluded. "We're not just looking at this year's Pride, we're looking at Pride five years from now, and plotting what it can become. It's this passion and ambition that fuels our production."

RSVP to Neverland's Facebook event and check back to ChicagoPride.com for an interview with DJ Alex Acosta in June.