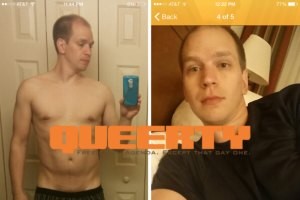 A Michigan pastor who once compared being gay to alcoholism has resigned his post after he was caught looking for sex on Grindr, a dating app for gay and bisexual men.

Matthew Makela, an associate pastor at St. John's Lutheran Church and School in Midland, and his wife, Cassie, are raising three daughters and two sons.

In comments to a 2014 op-ed by Pastor Dan Dickerson, Makela compared being gay to alcoholism.

"I love people who have same sex attraction, and so does God," he wrote. "The proof is in the sacrifice He made for all of us who sin ...We don't tell a person born with tendencies to abuse alcohol to keep on giving in to his innate desires because he can't help it. We try to help him in his struggle."

In a Facebook post from the same year, Makela suggested that allowing gay couples to marry would harm the institution.

"Long before gay marriage was part of our national discussion, natural marriage did not always reflect God's will of love and submission. Divorce became common, love in marriage grew cold and children were not always seen as a blessing.Changing the culture begins with changing our own culture of marriage and family, taking the marriage union with the utmost seriousness and welcoming children in our church," he wrote.

Gay blog Queerty on Monday published screenshots of Makela soliciting sex from another man on Grindr. The pastor explained that he was "bicurious," had two children and doesn't "usually do evenings or overnights" because he has a girlfriend. He said that he was a top who loved to "make out naked." "Also love to cuddle," he added.

In an email to Queerty, Makela said that he had "resigned" from his position at the church.