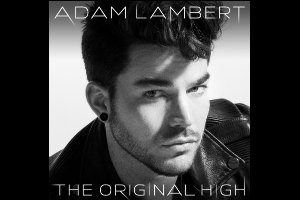 Adam Lambert has described his upcoming album, The Original High, as exploring the heartaches, triumphs and thrills that he and his friends are going through.

"I think lyrically what I like about it is that I'm talking about things in Ghost Town that are, you know, kind of me realizing maybe I've gotten a little bit jaded, maybe I'm questioning if I'm going to be able to fall in love again, what is this world giving to me?" he told MTV News. "But it's not completely hopeless, because there is that dance beat and it's a great opening statement for the album because I go into further detail on the other songs about these feelings."

Lambert added that the album is about what he and his friends in Los Angeles are going through.

"I kind of started trying to observe how my friends and I out here in LA, what we had in common, what we were going through, what kind of heartaches and what kind of triumphs and what kind of thrills we all wanted... " Lambert said. "There are so many ways in which we are all different. We have different races and genders and religions and sexual orientations, but at the heart of it, a lot of us are looking for the same things and getting hurt in the same way and that's what I like about the album."