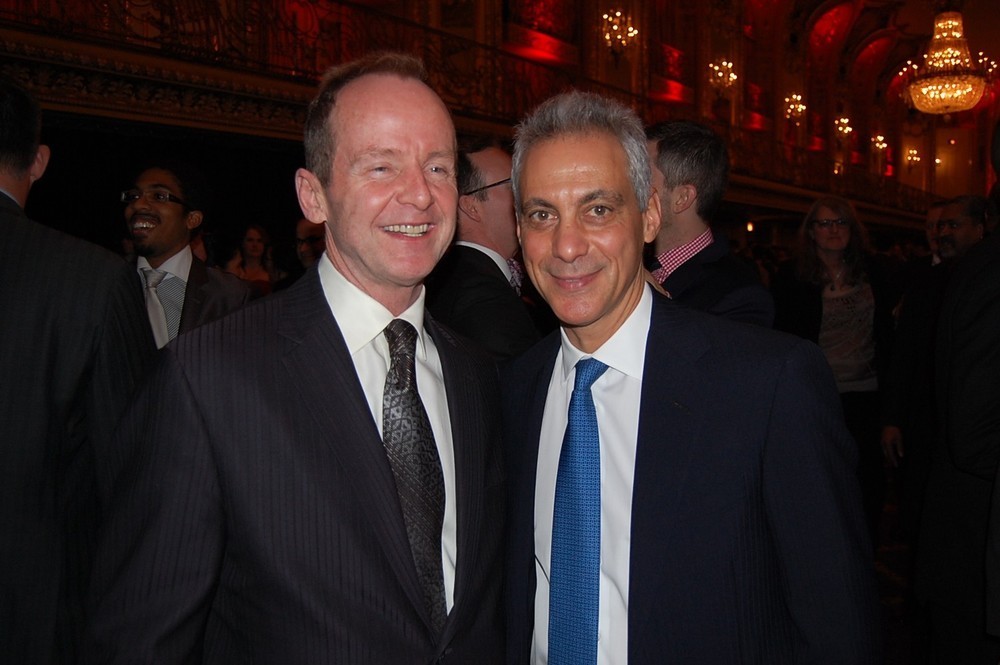 "I have had the good fortune to serve two presidents, being elected to congress, but being mayor of the city of Chicago is the greatest job I've ever had," Emanuel told supporters. "I'm humbled at the opportunity to serve you, the greatest city, for the next 4 years."

With 98 percent of precincts reporting, Emanuel had 56 percent of the votes to Garcia's 44 percent. This was Chicago's first mayoral runoff since the city began using nonpartisan elections in the race for mayor in 1995.

Cappleman, Lopez, Mell, Ramirez-Rosa, and Tunney were all endorsed by Equality Illinois PAC.

Windy City Times, the city's LGBT newsweekly, noted Chicago will now have 10 percent of its 50 ward posts filled by openly-LGBT aldermen after the April 7 runoff races.