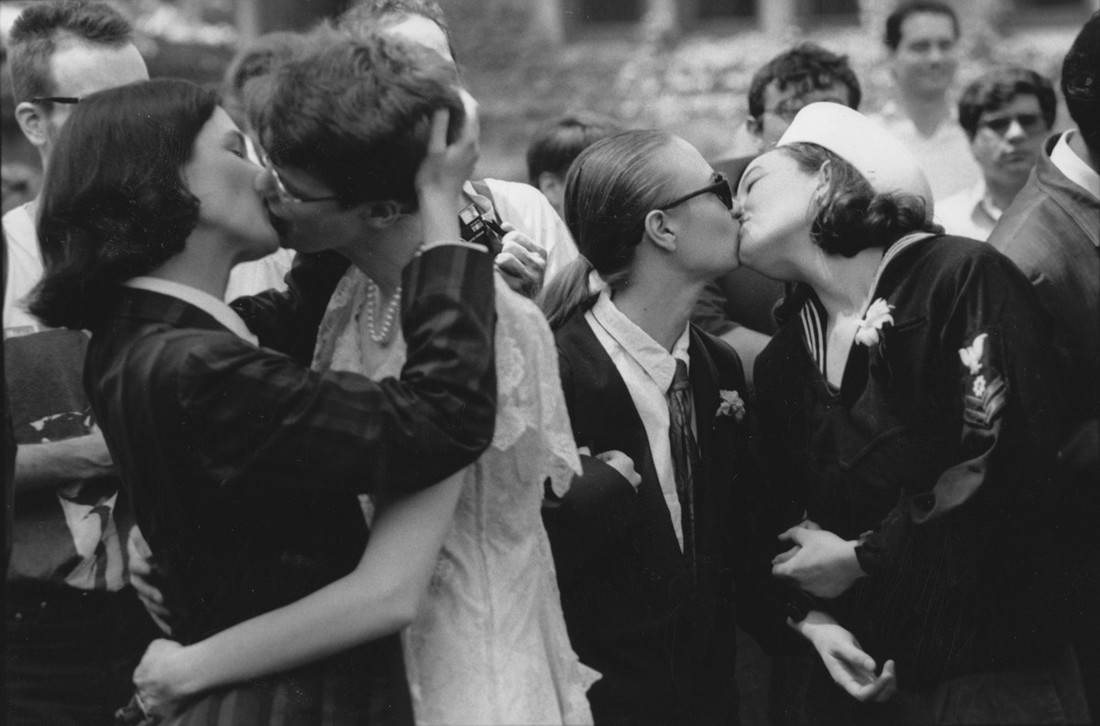 photo credit // chicago maroon
Chicago, IL - The University of Chicago is offering a look into its queer past with the latest in a series of projects by the Library's Special Collections Research Center, which this time around is teaming up with the Center for the Study of Gender and Sexuality.

The idea itself was actually born out of a similar project conducted from 2004-2008 that placed women as the focus group and consisted of 70 oral histories, a 48 page catalogue and a similar exhibit hosted with Special Collections.

Since the CSGS launched the project back in 2011, teams of University staff and students have dedicated countless hours to digging through the archives of the University of Chicago Library, Northwestern University, the Kinsey Institute, the Chicago History Museum, Gerber/Hart Library and Archives and the University of Wisconsin-Madison. Due to the changing understandings of and terms used to refer to queer behavior and identities and the LGBTQ community, research wasn't as easy as typing "gay" or "lesbian into the search bar. Instead teams of researchers often played detective, hunting through archives and following up on the work of previous scholars.

They've gathered everything from letters and posters to photographs and newspaper articles from sources including alumni, students and student groups.

"The oral histories are the more exciting part here," Lauren Stokes, a Ph.D. candidate in the Department of History who is the Exhibition Curator and Project Co-coordinator of "Closeted/Out in the Quadrangles" told ChicagoPride.com. "In order to find narrators, we initially reached out to the LGBT Alumni Affinity Group and had a sizeable response. The first people who volunteered tended to have been 'out' while in college, had often been involved with LGBTQ activism, and had a sense of their experiences as historically important."

"But we also wanted to get the stories of people who may not have been 'out' or even LGBTQ-identified while on campus, or who were less involved with specifically LGBTQ organizing," Stokes continued. "For that, we had to draw on people's networks, do more outreach, and follow up on archival traces. In total, we've spoken to 96 people, from a 1958 JD to a 2012 BA."

The oldest material being exhibited documents the relationships between the first generation of female faculty and graduate students at the start of the 20th century. Highlights also include the original research on sexual cultures in Chicago done by University Sociology students in the 1930s ("a fun way to increase your gay vocabulary in a hurry," Stokes joked), the history of "cruising" -- including how one Cecil Smith was forced to resign during the vice raids of the 1940s after being caught cruising one too many times -- at the University, the beginning of Gay Liberation, the University's response to the AIDS epidemic and more recent activism in favor of domestic partnership benefits and other improvements, like gender-neutral bathrooms, to the campus climate for LGBTQ students.

Stokes sees the project as enriching our knowledge and filling in the gaps relating to LGBTQ life at the University, which is important for several reasons. One of these is the benefit of learning from supposedly forgotten or overlooked parts of history, which can lend new energy and perspectives to contemporary conversations. The more obvious benefit is that of representation -- to uncover the history of LGBTQ people throughout the University and reveal more about their contributions to the school and how it got to be the incredibly queer friendly place it is today.

"It's always important that LGBTQ people can know that 'we were here' very much from the beginning of the University...and that our contributions and presence are recognized as a part of the University's history," Stokes said. "Today the University has a 5-star rating from the National LGBT-Friendly Campus Climate Index. That is something the University should be proud of, but it was not inevitable--it happened because of the hard work of several generations of students, faculty, staff, and community members, and we want to recognize that work, in part to create a history to inspire current and future efforts at changing the University for the better."

"Closeted/Out in the Quadrangles: A History of LGBTQ Life at the University of Chicago" is free and open to the public. The project is housed in the Special Collections Research Center Exhibition Gallery at The University of Chicago Library, 1100 E. 57 St and can be visited from 9 a.m. to 4:45 p.m. Monday through Friday and from 9 a.m. to 12:45 p.m. on Saturday through June 15.

There will also be an Opening Gala on April 1 from 6-8 p.m, including a reception, a short program and the chance for visitors to meet and chat with researchers, oral history narrators and project organizers. You can RSVP on their Facebook page at facebook.com/events/647596718720467.

"Closeted/Out in the Quadrangles" is part of a regular exhibition program presented by University of Chicago Library's Special Collections Research Center in its Exhibition Gallery. They present several exhibitions a year that are free, open to the public, and feature materials from their collections, as this exhibition does. Descriptions of current and as well as past exhibitions are available online, and associated web exhibitions are available online as well. An associated web exhibit for the LGBTQ exhibit will be launched in April at lib.uchicago.edu/e/webexhibits.