Adam Lambert: My wish is for gay to become less of a label 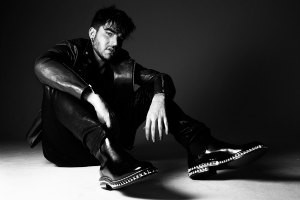 The 33-year-old Lambert made his comments in a wide-ranging interview with glossy Hunger TV.

"It's quickly changing along with society," Lambert said of the music industry's acceptance of LGBT artists. "I'm thrilled. We have entered a time with a much more level playing field."

"You've been credited with advancing gay rights in music, which definitely needed to happen. Do you feel a responsibility to continue to do so?"

"I think there's a simple power in being unapologetic and open about who and what you are and not letting it prevent you from getting what you want," Lambert answered. "In that way, I think I've made a statement. My wish is for gay to become less of a label, and more of just one of many great colours in the collective box of humanity. I'm not a separatist.I'm all inclusive."

Lambert will release the single Ghost Town, from the upcoming album The Original High, on April 21.