Barney Frank reacts to Aaron Schock's resignation: Was he outed? 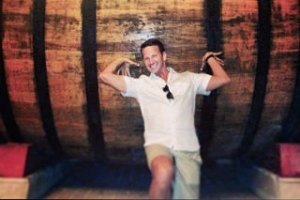 Chicago, IL - Former congressman Barney Frank's initial reaction upon hearing that Republican Representative Aaron Schock had resigned was to ask whether he had been outed.

"He was outed or what?" the openly gay Frank responded when Business Insider asked him to weigh in on the development.

The 74-year-old Frank is currently pitching his his new memoir, Frank: A Life in Politics from the Great Society to Same-Sex Marriage.

Schock, 33, resigned in a statement Tuesday amid questions about his use of federal funds.

Frank said that he did not know whether speculation surrounding Schock's sexuality was true.

If the rumors were true, Frank said, Schock should come out.

"Yeah, if they're true, and I don't know that they are. I have to say, if they're not true, he spent entirely too much time in the gym for a straight man," he added.