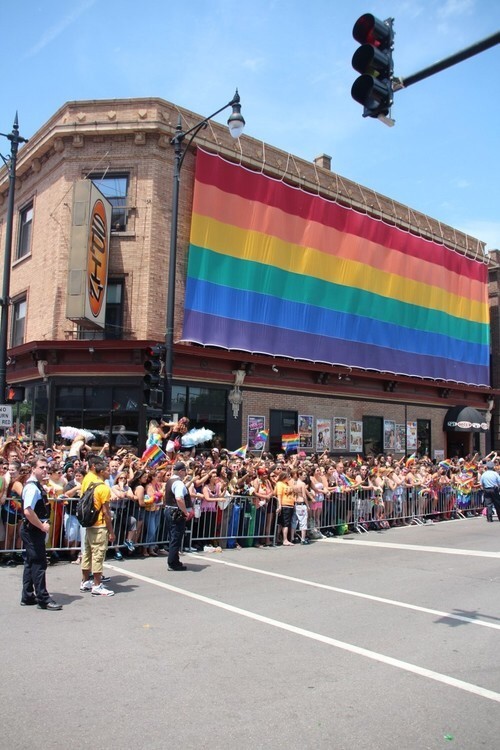 Chicago, IL - Less than one year after shuttering Spin Nightclub in Lakeview, original owner David Gassman told ChicagoPride.com on Thursday that he's reclaimed the space and is working to bring it back to life.

Anchoring Boystown at the southern end of the North Halsted strip, Spin remained an iconic favorite for more than 15 years. Gassman operated the 1,900-square-foot gay nightclub since opening in 1998, but rented it to new owners in May of 2014, maintaining ownership of the building.

After brief and unsuccessful stints as new venues, Gassman told ChicagoPride.com he's back. The liquor license was submitted Thursday, so following a March 17 inspection, the nightclub is expected to open again in mid-April. But as what?

"I haven't decided between Spin or another name," he said. "I've gone back and forth, but it's too premature."

Gassman said he's obviously partial to the name Spin considering he operated the nightclub under that name for 16 years. However, he's currently wondering if it's been too long since the closure in 2014, and if the name has become too nostalgic.

Regardless of the sign on the corner, Gassman confirmed it will return as a full-blown nightclub.

As for the reason behind his triumphant return, he says it's about money, as in, he wasn't receiving any. While he remained an active member of the Boystown community (his office is located above the bar), Gassman handed over management of the nightclub to Jason Zilberbrand and Jordan Zabinger who later remodeled and rebranded it as Whiskey Trust and Chloe's just before Pride Fest 2014.

But the two bars weren't an immediate success. That's when the duo called in LKH Management, the team behind Hydrate, Halsted's Bar & Grill, Elixir and Replay. The new management team rebranded the downstairs nightclub Chloe's as a revival of Manhole and reconfigured Whiskey Trust, but both closed in December of 2014.

LKH wasn't hurting, made clear by their recent expansion into Andersonville, but Gassman says the space is back in his hands because Zilberbrand and Zabinger weren't paying rent.

While few details remain under wraps, Gassman agreed to spill all the beans to ChicagoPride.com in just a few short weeks.