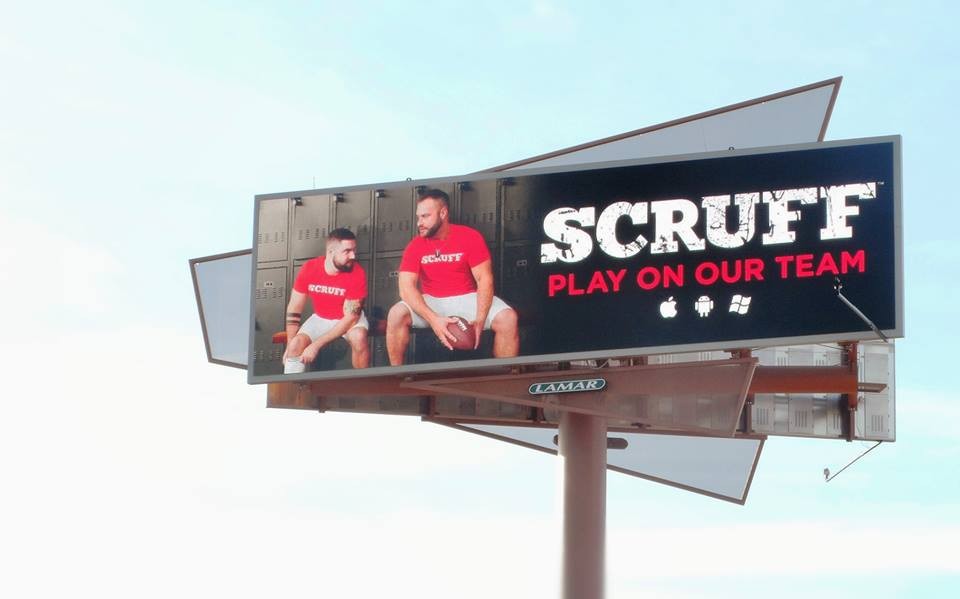 Phoenix, AZ - Scruff, a gay dating app used by more than 7 million users worldwide, has bought a billboard outside the University of Phoenix Stadium, just in time for Super Bowl XLIX.

The company spent $3,500 for the 48-foot billboard, which shows two guys eyeing each other in a locker room with the slogan "Play On Our Team."

In a press release, Scruff explained why it bought the ad: "At a time when professional NFL players like Michael Sam and Kwame Harris bravely come out to the world and some coaches admit to not wanting gay players on their teams, [Scruff]... is sending a message to the NFL — by putting up a Phoenix billboard advertisement that's certain to start a conversation about perception and acceptance among both gay and straight sports fans."

The New England Patriots and defending Super Bowl champions the Seattle Seahawks square off on Sunday, Feb. 1, 2015 at University of Phoenix Stadium in Glendale, Arizona at Super Bowl XLIX.

The game will be broadcast on NBC with kickoff time set for 5:30 p.m. (Central). Broadway star Idina Menzel will start the proceedings with "The Star Spangled Banner" followed by John Legend singing "America The Beautiful." Katy Perry will perform at halftime.