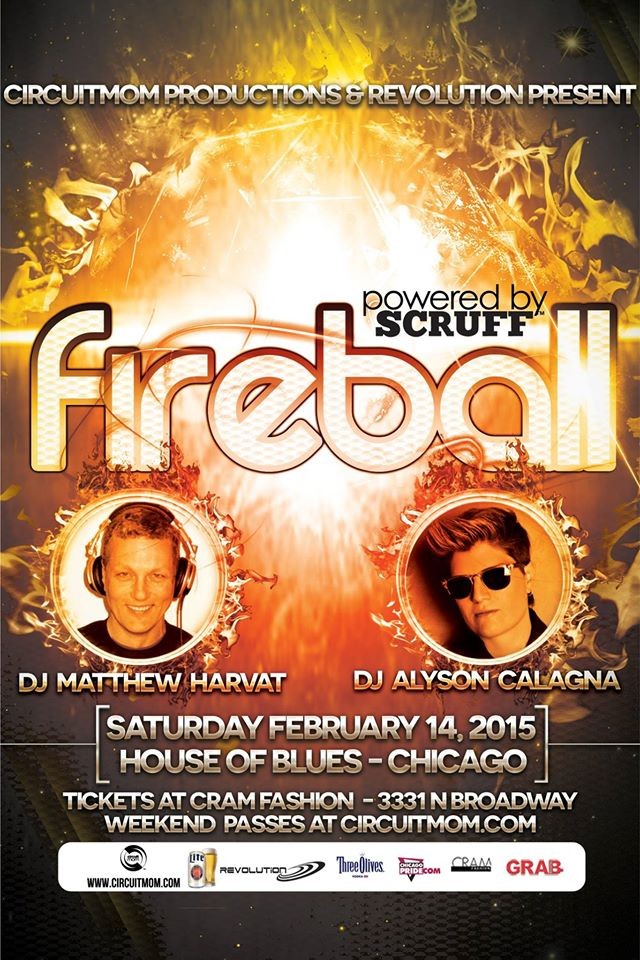 Originally, started as "The Hearts Party", a small HIV/AIDS fundraiser in the early 90's, the event quickly grew into a 4-day festival of music, entertainment, charitable giving, educational seminars and parties attended by thousands of people from around the world. Many of Chicago's LGBT organizations benefitted from the fundraising efforts of the Heart's Foundation and its army of volunteers. The main event, "Fireball" (as it was later called) rivaled some of the biggest dance parties in the world such as the Palm Springs White Party or Miami's Winter Party. With over the top productions, Fireball utilized some of Chicago's most historic and unique venues to entertain their 3500+ attendees every year. The Aragon Ballroom, Museum of Science and Industry, Union Station's Great Hall and Finkl Steel Mill all played host to the main event. The Uptown Theater, however, was the most unique and widely popular location for a dance party to be held. The nation's largest theater, which has been boarded up since the very early 80's, hosted the main event in the lobby of the space three times, the last being in 2000, with Circuit MOM being the last entertainer to perform in the crumbling landmark.

With "Fireball 2015", the idea is to once again start small and build the event back up to worldwide notoriety. Having been involved with the original Hearts Party and Fireball series from 1993 to 2004, Circuit MOM Productions is up for the challenge. Known for producing over the top dance events during International Mr. Leather, Gay Pride, Market Days and Halloween, plus countless productions nationwide for other dance events, Fireball 2015 is certain to become a new tradition. Partnering with Hydrate Nightclub for a Friday night party featuring DJ Nina Flowers and the amazing Neverland team for a Sunday night first time event at the Mid titled "Arcade", this President's Day and Valentine's weekend will be an exciting time showing how much can be accomplished when the community works together. All three producers are offering a first time weekend pass to encourage support for each other's efforts and give affordable options. You can purchase your individual tickets or weekend pass online at www.circuitmom.com. As always, our friends at Cram Fashion, 3339 N. Broadway, will have the single "Fireball" tickets for sale.

Along with the Friday and Sunday events, Saturday nights "Fireball" will heat up the winter chill with amazing music highlights from past Fireball events in an early set by DJ Matthew Harvat. Following his set, making her Revolution and Circuit MOM debut, the incomparable DJ Alyson Calagna will headline the main event at Chicago's House Of Blues bringing her award winning, international sound and original production work to the dance floor. Surprise guests, special effects, shows and more are ready for you on all three nights, so do not miss out. This party and this weekend of joint events will be like no other and should not be missed.

Come experience the return of what many still consider to be the crown jewel of dance events for the Midwest! Be a part of a new tradition.