Robbie Rogers: No regrets about coming out gay 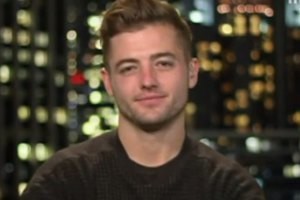 Los Angeles Galaxy defender Robbie Rogers says he has no regrets about coming out gay.

The 27-year-old Rogers debuted in 2013 with the LA Galaxy after coming out gay and announcing his retirement from soccer. He recently signed a multi-year contract extension with the team.

In an interview with ITV's This Morning to promote his recently released memoir on his experience titled Coming Out To Play, Rogers described how being out allowed him to celebrate his team's recent MLS title win.

"I remember last time when I won a championship, I was in LA actually but I was playing with a team from Columbus. And I just couldn't enjoy it.And I thought it was one of greatest moments of my career and I was so very depressed."

"And it was just so different to be able to celebrate with my family and my teammates, my coaches, and [coming out] just has changed every aspect of my life," he added.

When asked whether he has any regrets, Rogers answered "no."