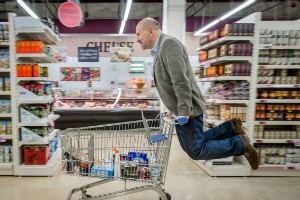 Russell T. Davies, the man behind Doctor Who and Queer as Folk, returns early next year with two new shows, Cucumber and Banana.

The 8-episode hourlong Cucumber follows Henry Best as his "old life shatters, and his new one begins."

Banana "will follow the lives of [younger] characters orbiting around Henry" in Cucumber. Eight episodes are also planned for Banana, each of which will run 30 minutes.

Both series will air in the United States on cable network Logo TV, home of RuPaul's Drag Race.

At TCA, Davies was asked why the two series were not combined into one.

"It would have diluted it," Davies said via satellite. "The show-and-satellite is a better set up for the multi-platform digital age."

"It's more interactive and I think the audience, particularly younger audiences, love that," he said.

An online component to the series, called Tofu, is described by Davies as a documentary.