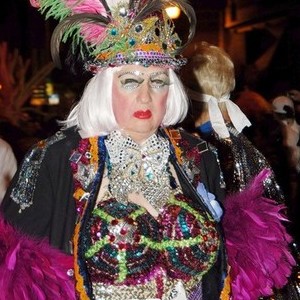 Chicago, IL - Rats - everything from Rat Pack to Rugrats to Ratatouille to a Rat Race - will take center stage with "Franken Rat" as the theme of this year's Northalsted Halloween Costume Parade. The "Rat" was chosen because of the Chinese zodiac with the expectation of a wide spectrum of cartoon and ghoulish creations from parade participants.

Thousands are expected to either participate in or view the parade which has quickly grown to become one of the Chicago area's must-attend Halloween events. Estimates from prior years suggest over 10,000 people descend on Lake View for the two-hour long festivities. The parade draws a broad mix of area residents including children, families and their pets.

Presented by Triangle Neighbors Association, a branch of the Lake View Citizens' Council, in conjunction with merchants from the Northalsted Area Merchants Association, the iconic annual parade is always guaranteed to be one of the city's most outrageous and imaginative Halloween celebrations. This year's sponsors include Effen Vodka, Budweiser and Lake View Athletic Club.

The 12th annual event—held on one of Chicago's most eclectic streets—will step off at 7:00 p.m. on Friday evening, October 31, 2008 from Melrose (3250N) and Halsted (800W). (The parade route is north on Halsted to Brompton before returning south to a main stage at Halsted and Roscoe.) Miss Foozie will emcee the entertainment on the main stage.

Free registration for the costume contest for children, pets, adults and groups begins at 5:30 p.m. at Spin, 800 W. Belmont. Parade participants must register by 6:45 p.m. in order to march in the parade. A special prize will be awarded to the costume that best represents the theme of the parade.

Sponsorship proceeds and donations from the parade support the construction of Space Park near Halsted and Roscoe. To date, the community has raised over $1.2 Million for the new community, garden park expected to open in early 2009.