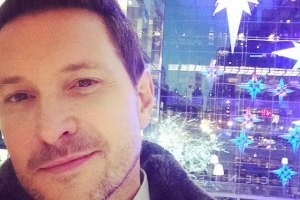 The 52-year-old Herndon told PEOPLE that he's in a longterm relationship with a man whom he simply referred to as Matt.

"I was 10, sitting in church and horrified that I might be a homosexual," Herndon said. "Whatever that word meant, I knew that I probably was one. And I know there's a lot of those kids still out there. Telling my story is an opportunity to help just one of them."

Herndon said that both of his ex-wives knew about his sexuality.

"I have made a lot of mistakes in my life. They've been my mistakes, and I own them. I've done a lot of work around forgiveness with people that I've hurt and people I've not been honest with because of my sexuality," he said.

In 2010, Chely Wright became the first country music artist to come out gay. Wright and Herndon are close friends.