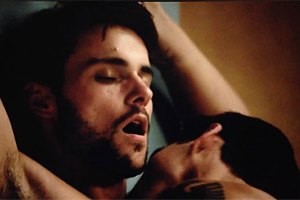 Shonda Rhimes unloaded on a fan opposed to gay sex in her hit ABC hit shows How to Get Away with Murder and Scandal.

"@shondarhimes the gay scenes in Scandal and How to Get Away with Murder are too much. There is no point and they add nothing to the plot," Dabdelhakiem tweeted.

Rhimes fired back in a series of tweets: "What gay scenes? 'Gay' scenes? There are no GAY scenes. There are scenes with people in them. If you are suddenly discovering that Shondaland shows have scenes involving people who are gay, you are LATE TO THE PARTY."

"If u use the phrase 'gay scenes', u are not only LATE to the party but also NOT INVITED to the party."