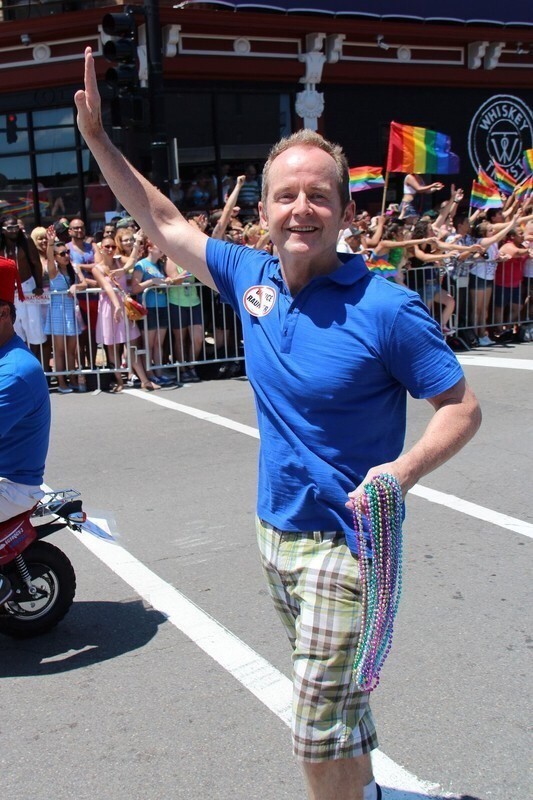 Tunney: 'The Pride Parade is part of Lakeview's tradition'

"The survey indicated that Lakeview residents want the Pride Parade to stay in our community, but it also indicated that neighbors want to see real reforms," Tunney said. "The Pride Parade is a part of Lakeview's tradition but we need a larger police presence after the parade that reflects the size of the crowd and keeps our residents safe."

The survey, which consisted of 15 questions, including whether the person identifies as LGBT, actually lives in the 44th Ward, what the top concern is, and -- of course -- whether the route should be moved downtown, was available online from Aug. 20 through Sept. 5. According to Tunney, over 2,000 44th Ward residents responded.

In an Aug. 21 interview with ChicagoPride.com, Tunney said, "I want to hear from residents and business owners on what their biggest concerns are and how we can improve the experience for both spectators and neighbors."

Conversations about moving the annual parade from the North Side to Grant Park began after more than 1 million lined the streets in June, causing some to question if the event has outgrown its home in Boystown. The parade route was changed in 2012 for the first time in 25 years due to the number of people, and now many say, once again, the event is a victim of its own success.

Tunney said he will use the results to "evaluate options and improvements for next year." He did not rule out the option of moving the parade downtown.

Boystown business owners and community leaders have continued to argue the parade is vital to the neighborhood from a cultural and social perspective.

"If we were to move the parade out of that community, we would lose a lot more than some beer that wouldn't be sold," Sidetrack owner and co-founder of Equality Illinois Art Johnston said on June 30.