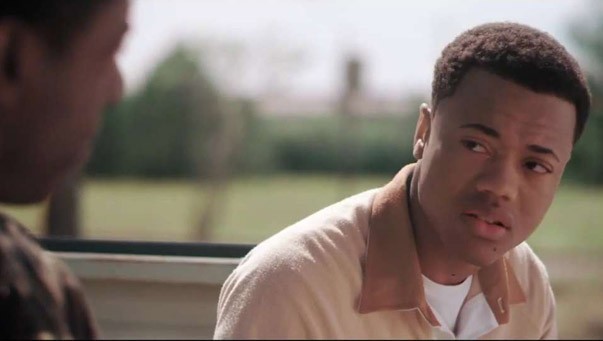 "I'm so excited about closing night, because every single film tonight is stellar," Reeling Programming Director Alexandra Ensign told ChicagoPride.com. "In addition to having three incredibly diverse selections for our gay audience, the lesbian feature tonight is one of the sharpest, funniest comedies I have seen in years, and I hope all the ladies will come out for that film, Appropriate Behavior."

The eight-day festival concludes with Blackbird, the latest film by Patrik-Ian Polk (Punks, Noah's Arc), which screens at 7:00 p.m. Adapted from the novel by Larry Duplechan, Blackbird stars Julian Walker as Randy, a devout choirboy who struggles with repressed feelings for his handsome friend in the drama club, while his family is torn apart by his parents' failed marriage. Blackbird stars Academy Award winner Mo'Nique (Precious) and Isaiah Washington (Grey's Anatomy) as Randy's parents.

Ensign noted a limited number of tickets remain for the screening of Blackbird. Tickets can be purchased online at reelingfilmfestival.org.

Appropriate Behavior, a Sundance gem and feature debut of director, writer and star Desiree Akhavan (award-winning web series The Slope), screens at 7:15 p.m. The edgy drama from filmmaker Bruce LaBruce (Hustler White, LA Zombie), Gerontophilia, screens at 9:15 p.m. and the 9:30 p.m. screening of Perfect Cowboy will include a a Q&A with director, writer and star Ken Roht.

The 32nd edition of the festival offered more than 100 features and short films from 19 countries.

"I think the festival is stronger than ever, and audiences have really responded to the lineup," added Ensign. "I have heard nothing but positive reviews from our patrons."

Reeling is a production of Chicago Filmmakers, a 40 year-old not-for-profit media arts organization located in Andersonville.