'There Goes the Gayborhood' author heading back to Boystown 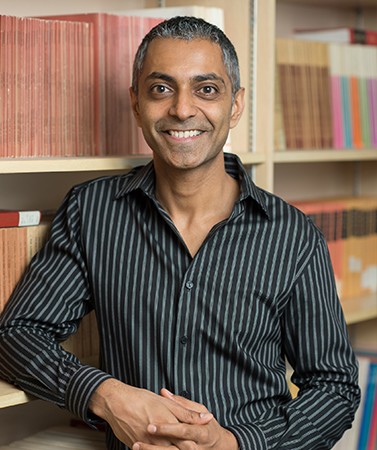 The sociologist and author will speak about his analysis of Chicago’s “gayborhood” during a book release and signing party Friday.

Chicago, IL - The man behind the work causing a stir in Boystown is headed back to Chicago, this time to talk about his book "There Goes the Gayborhood" during a release party and signing at Unabridged Bookstore.

Amin Ghaziani, a suburban Chicago native and associate professor of sociology at the University of British Columbia, will speak on Friday from 7-8 p.m. at Unabridged Bookstore, located at 3251 N. Broadway St.

"There Goes the Gayborhood" looks at things like census data, public opinion polls and interviews about Boystown from 1970 to 2010. His consensus? Gays are leaving neighborhoods like Boystown and Andersonville, and he plans to talk about it at his book party.

"Existing visible gay neighborhoods like Boystown or The Castro (in San Francisco) are in fact deconcentrating," Ghaziani told the Chicago Tribune in early August. "Fewer same-sex households lived in them in 2010 than in 2000. If we stop the conversation there, we might be tempted to conclude that gayborhoods are in danger of disappearing. If people move out, where do they go next?"

All three told ChicagoPride.com that recent advances in LGBT equal rights movements make the neighborhood more inclusive. While the feeling of needing to live in a "gayborhood" is shifting, Boystown is stronger than ever.

"Boystown is welcoming to everyone and we have worked to sustain our neighborhood in terms of LGBT history and identity by creating the new LGBT-friendly senior housing at our former 23rd District Police station and the Center on Halsted, the Midwest's largest LGBT community center," Tunney said. "This year Boystown was voted 'The World's Best Gay Neighborhood' by Out Traveler Magazine, and has continued to solidify its reputation as a world class LGBT entertainment area."

"The LBGT owned businesses, the Center on Halsted, the new LGBT senior development, Pride Parade, Pride Fest, Market Days and more certainly counter the notion of a 'less' gay neighborhood," Ariyanayakam said. "Out Traveler's award naming Boystown the world's best gayborhood, supports the idea the area is still highly relevant and important for the LGBT community at large. The fact that many LGBT businesses and individuals own property that they live and/or conduct business in leaves us in good standing that this is a 'gayborhood' that is here to stay."

The event with Ghaziani at Unabridged Bookstore is open to the public. Those interested in purchasing the book can do so on the Boystown bookstore's website or Amazon.com.