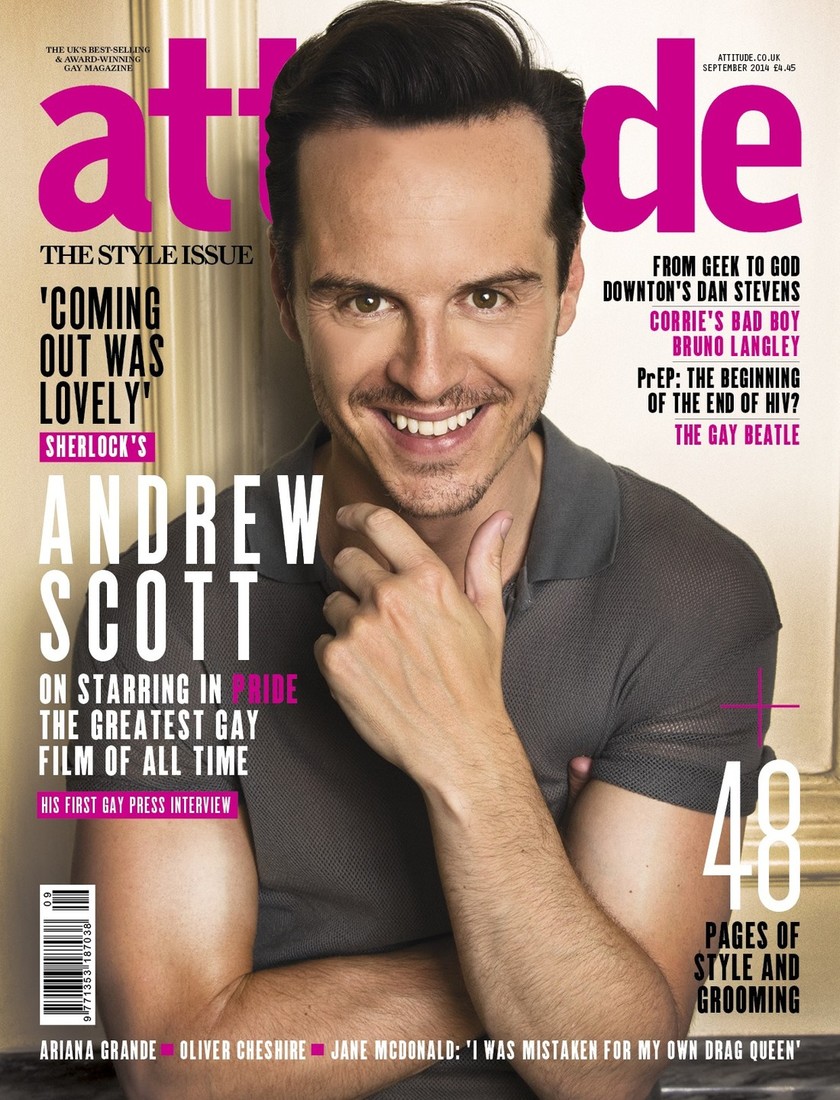 photo credit // http://attitude.co.uk
Andrew Scott, who's best know for playing arch-villain Jim Moriarty on Sherlock, has described his coming out as "really lovely."

"I never really have [been in The Closet]," he said. "I never didn't speak about it. It's really important to find out who you are before you have success, because there's really a rush now for actors to get as famous as possible and so it was really important for me, in the first ten years of my career just to get to know myself and work hard. I'm glad in a sense that I wasn't a commodity, because when people start to look at you and scrutinise you in a way that they didn't before – it's important you know who they are looking at. You need to know and accept who you are."

Coming out "was really lovely actually. I think I've been very, very, very lucky. I say this from a place of happiness and contentment now but at the time I didn't know what way it was going to be."

"Of course I was scared. We are talking about years and years ago now. It's not even in this century. That's another thing, this sort of idea of 'coming out' in public that happened a long time ago. Even the words 'coming out,' because there's an inference that you were ever 'in'."