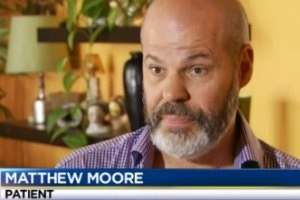 Torrance, CA - A California gay man has filed a lawsuit after discovering that his medical records list him as suffering from "chronic homosexual behavior."

Last year, Matthew Moore, 46, wrote a letter to the Torrance Memorial Health Association complaining about the designation on his medical records, which he discovered after a routine physical.

The medical association apologized to Moore and issued a public statement of regret.

"We would like to unequivocally state that the Torrance Memorial Physician Network does not view homosexuality as a disease or a chronic condition, and we do not endorse or approve of the use of Code 302.0 as a diagnosis for homosexuality," Torrance Health Association Senior Director Heidi Assigal said in her letter to Moore.

In its public statement, the medical group said the "record was corrected."

But when Moore obtained a copy of his medical records in May, he said that while the 302.0 code had been removed, under "chronic problems" he was listed as suffering from "homosexual behavior."

Moore alleges intentional infliction of emotional distress and libel in his lawsuit.

Moore said he felt he had to sue after finding the entry a second time because otherwise "[m]y silence would condone this activity."

"I don't want any gay, lesbian, transgender or bisexual ever to hear from a doctor that their normal and healthy sexuality is anything other than that," he said.

Such a diagnosis, he suggested, could contribute to an LGBT person's decision to take their life: "Maybe we all just saved a life today."