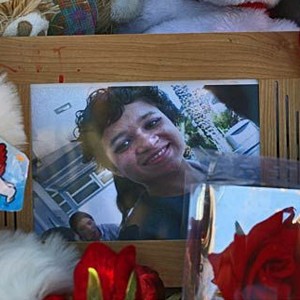 Los Angeles, CA - A 14-year-old boy accused of killing a gay classmate will be tried as an adult, a California judge ruled on Thursday. Brandon McInerney, who was charged with shooting 15-year-old Lawrence King in February, could be sentenced to life imprisonment if he is found guilty of the murder.

Ventura County Superior Court Judge Douglas Daily ruled on Thursday against a motion to move McInerney's trial to juvenile court, according to the Ventura County Star. The teenager was charged as an adult with premeditated murder for shooting King in the head during a class on February 12. A hate-crime allegation added to the felony murder charge under Prop. 21 of California law gives district attorneys the right to charge McInerney as an adult.

McInerney's public defense attorney, William Quest, sought to challenge the decision to try his client as an adult under the Eight Amendment to the U.S. Constitution, which bans "cruel and unusual punishment". The defense motion to move McInerney's case to juvenile court stated that trying him as an adult would be "cruel and unusual punishment" because if he is found guilty, he could be sentenced to between 51 years-to-life on the charges. The defense argued such a sentence would be too harsh for a 14-year-old.

The decision to try McInerney as an adult in the murder of Lawrence King has been widely protested among gay rights organizations such as Lambda Legal and the Human Rights Campaign. In a letter to the Ventura County district attorney's office, twenty-seven organizations stated that while McInerney should "be held accountable for his actions," the teenager should be tried in juvenile court.

"Prosecuting the alleged perpetrator as an adult will not bring Lawrence King back nor will it make schools safer for LGBT youth," the letter read, according to The Advocate. "We must respond to this tragedy by strengthening our resolve to change the climate in schools, eliminate bigotry based on sexual orientation, gender identity, or expression, and hold schools responsible for protecting students against discrimination and physical harm."

Senior Deputy District Attorney Maeve Fox, who is prosecuting the case, argued that McInerney's age should not play a factor in him being charged as an adult in the murder of Lawrence King. In a statement to The Advocate, Fox said that McInerney's ability to "premeditate and deliberate this kind of crime and pull it off in front of their entire class I think is cause for serious alarm… he should spend a good long time behind bars."

"When you were 14, when you were 10, when you were 8, did you know it was wrong to kill someone?" Fox asked. "The answer inevitably is yes." Because 14 and 15-year-olds cannot receive a life sentence without the possibility of parole in California, The Advocate notes, McInerney could still be released on parole in the future even if sentence to life in prison.

McInerney reportedly brought a gun from home to school and shot classmate Lawrence King in the head after the openly gay teenager had given him a valentine. The violent incident took place in front of a classroom of children at E.O. Green School in Oxnard, California.

Related: Ellen DeGeneres spoke about the murder of 15-year-old Lawrence King on her February 29th program.


Article provided in partnership with GayLinkContent.com.