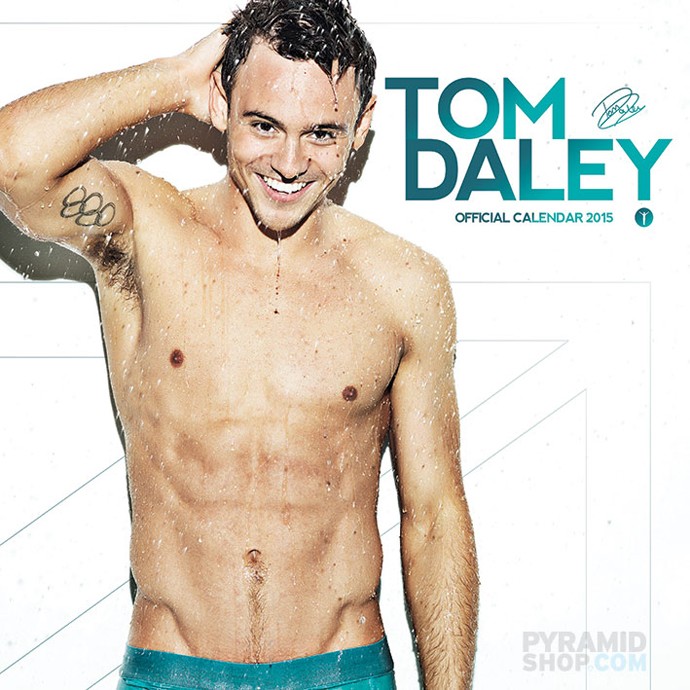 "It's never too early to buy your 2015 calendar right...;-)" Daley tweeted Thursday to his more than 2.61 million followers.

PyramidShop.com claims the calendar is exclusive to them.

"Fantastic 16 month calendar from a British sporting icon exclusively available at PyramidShop.com," the online printer and framer wrote as a way of introducing the calendar. "Tom may still be young but he has already achieved so much in his career and he is using this calendar to not only display his fabulous physique but also show some of the different sides of his own personality. Tom is the perfect sporting celebrity to guide you through the remainder of 2014 and onwards throughout 2015."

The 20-year-old Daley came out gay in a YouTube video released in March.