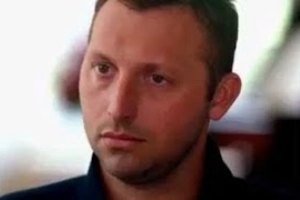 Ian Thorpe, the Australian Olympic swimmer nicknamed the Thorpedo and Thorpey, has come out gay.

According to The Sydney Morning Herald, Thorpe will announce for the first time publicly that he's gay during an interview with Sir Michael Parkinson to be broadcast Sunday night on Australia's Channel TEN.

In a promo for the "no limits" interview, Parkinson is seen asking Thorpe about his sexuality.

"You've always said that you're not gay. Is all of that true?" Parkinson asks.

The question was criticized on social media as irrelevant.

"Please can someone tell me what difference it makes to ANYTHING if Ian Thorpe is gay?" @Steph_Walker82 asked.

The 31-year-old Thorpe has won five Olympic gold medals, the most won by any Australian. He was also the most successful athlete to compete at the 2000 Summer Olympics.

Thorpe denied rumors he's gay in his autobiography This Is Me.

"For the record, I am not gay and all my sexual experiences have been straight. I'm attracted to women, I love children and aspire to have a family one day ... I know what it's like to grow up and be told what your sexuality is, then realising that it's not the full reality. I was accused of being gay before I knew who I was," he wrote.

In interviews to promote the book, Thorpe added that the persistent rumors question his integrity.