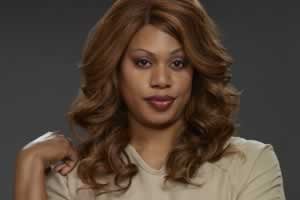 Nominations for the 66th Annual Primetime Emmy Awards were announced Thursday morning. Leading with the most nominations were HBO's Game of Thrones (19) and FX's Fargo (18) and American Horror Story (17).

Nominated in the Outstanding Guest Actress in a Comedy Series category were Natasha Lyonne, Uzo Aduba and Cox.

Cox is the first transgender actress to be nominated for a Primetime Emmy.

"Today, countless transgender youth will hear the message that they can be who they are and still achieve their dreams – nothing is out of reach," Ellis said in an emailed statement. "Laverne's success on a hit series is a clear indication that audiences are ready for more trans characters on television."

Winners will be announced on Monday, August 25 on NBC.