Community mixed on potential change of venue for Pride Parade 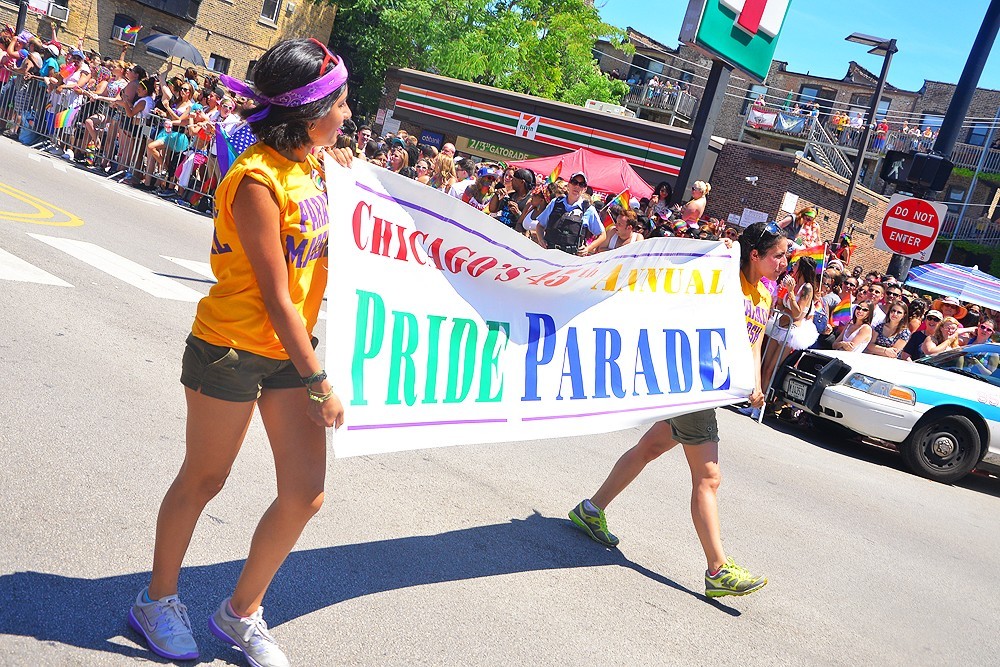 Petition for keeping parade in Boystown has strong support online

Chicago, IL - During an interview last week, Ald. Tom Tunney mentioned the possibility of moving the annual Chicago Pride Parade downtown, and since, community opinion has remained mixed on the issue. Now dueling petitions have been posted online.

Activist Ryne Poelker on behalf of the community group Uptown Uprising posted a petition on Change.org opposing a change of venue for the annual parade.

"The Chicago Pride Parade has had vice and noise for decades. It still brings in 1 million people [sic] and millions more in revenue to local neighborhood businesses," the petition reads.

"NIMBY [not in my backyard] residents have put their biases above all reason and wish to cancel the Pride Parade in our neighborhoods. This is a hindrance on small local businesses and really shows a NIMBY attitude towards marginalized groups that needs to be put to a halt."

As of July 7 the petition has 442 signatures.

"Now that Chicago's parade attracts over a million people, it only makes sense that a larger venue is needed as Boystown can no longer contain it. Michigan Ave. or Columbus Dr. would be better venue choices as it would give the LGBT community more exposure, larger awareness and of course it would be more centrally located and accessible by every Chicagoland resident via CTA and METRA. Not to mention the hotel accommodations," the petition reads.

As of July 7 the petition supporting a move has 74 signatures.

In 2013, Bumgarner unsuccessfully petitioned parade organizers to remove politicians from the parade after Illinois' marriage equality legislation failed to be brought for a vote in the Illinois House.

The discussion on moving the Chicago Pride Parade began on June 30 when Ald. Tom Tunney (44 Ward) told WBBM Radio, "We hear from our residents that they don't feel safe in their neighborhood – that there is too much... alcohol and partying all night long."

Tunney's comments followed the June 29 Chicago Pride Parade, which drew more than one million people to the Lakeview and Uptown neighborhoods.

Chicago Police initially said only eight arrests were made during the parade; however, at the July 2 District 19 CAPS meeting, police officials said that there were about 45 arrests between 5 a.m. June 29-5 p.m. June 30.

Sidetrack owner and co-founder of Equality Illinois Art Johnston said "geography is important" for the parade. He told WCT a shift in venue would ultimately be "the end of the parade."