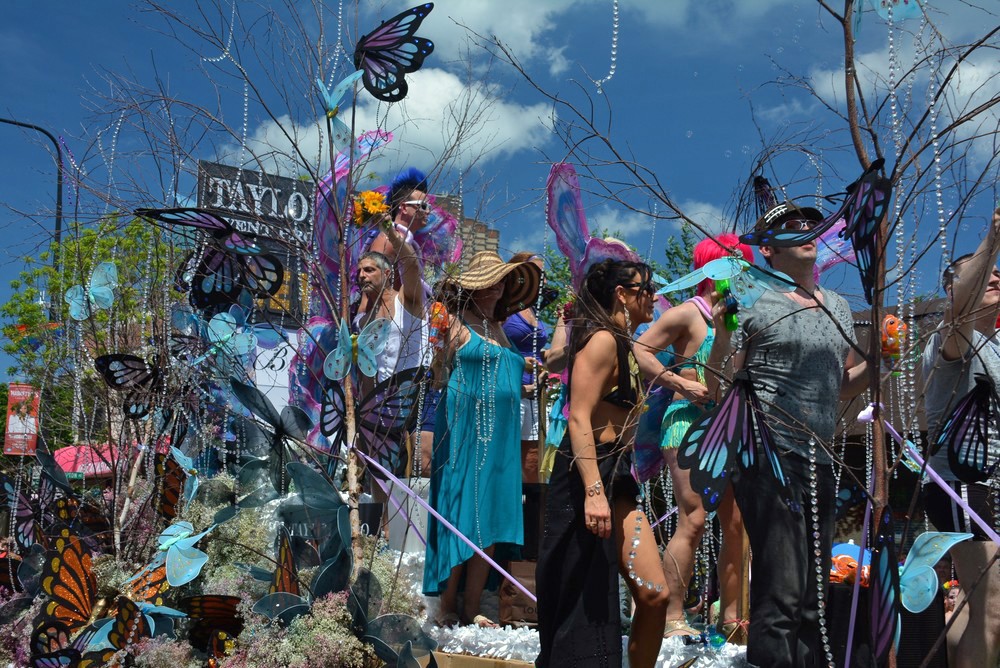 Chicago, IL - PRIDEChicago, the organizers of the annual Chicago Pride Parade, announced the awards from the 205 registered entries at Sunday's parade.

"It's always hard trying to select winners because all entries are so very different," said organizers, managed to select a few of the stand-outs from 2014.

Taylor & Co. Events won the 'Best All-Around Float' category for their entry that included "beautiful costumes and a beautiful float."

The 'Best Entry Using Theme', which was 'Reflections in Pride' went to Chalet for their "colorful plants and fountains encompassing the theme."

An 'Honorable Mention' went to the Chicago Botanical Garden for their "great use of flowers and foliage."

The 45th annual Chicago Pride Parade brought over one million people to the Uptown and Lakeview neighborhoods on Sunday afternoon.