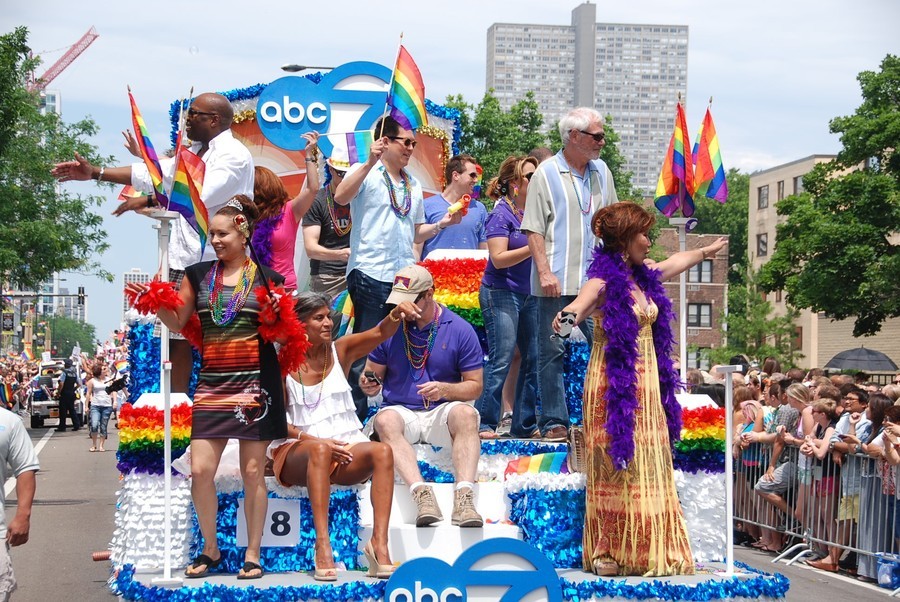 Chicago, IL - ABC 7 Chicago will be the only station in the city to broadcast "The 45th Annual Pride Parade" on Sunday, June 29 from 11:30 pm to 12:30 am. It will also be available on-demand at www.abc7chicago.com. Hosted by ABC 7's Janet Davies and Stacey Baca, this is the 11th year ABC 7 Chicago has covered the parade. The parade kicks off at Noon on Sunday, June 29th.

"I am very proud of the fact that ABC 7 is the first and only television station in Chicago to broadcast the Pride Parade" said John Idler, President & General Manager, ABC 7 Chicago. "Chicago has a vibrant and thriving LGBT community and we think this is a great way to showcase a community that has contributed so much to our city."

Will Sheridan, a former Villanova University basketball player who also played basketball internationally, will be the Grand Marshal. He is currently a performing artist and recently released a new album and video. He speaks at colleges and youth groups about his life as an openly gay athlete and musical artist.

The 45th Annual Pride Parade kicks off from Broadway and Montrose on Chicago's North Side and features floats, decorated vehicles, marching bands and walkers, representing community businesses, organizations and elected government officials and religious leaders. It will conclude near Diversey and Cannon Drive.The parade originally started to commemorate the anniversary of the Stonewall Riots, the most important event in the history of the gay rights movement. The parade's theme is "Reflections of Pride – Stonewall 45."

Mayor Rahm Emanuel issued a proclamation naming June as Pride Month in Chicago. Chicago's June Pride Month kicked off with dozens of same sex couples getting legally married at several events around the city and state. The parade ends a month of celebration, fun and entertainment. The Pride Parade festivities support the gay, lesbian, bisexual, and transgender communities.