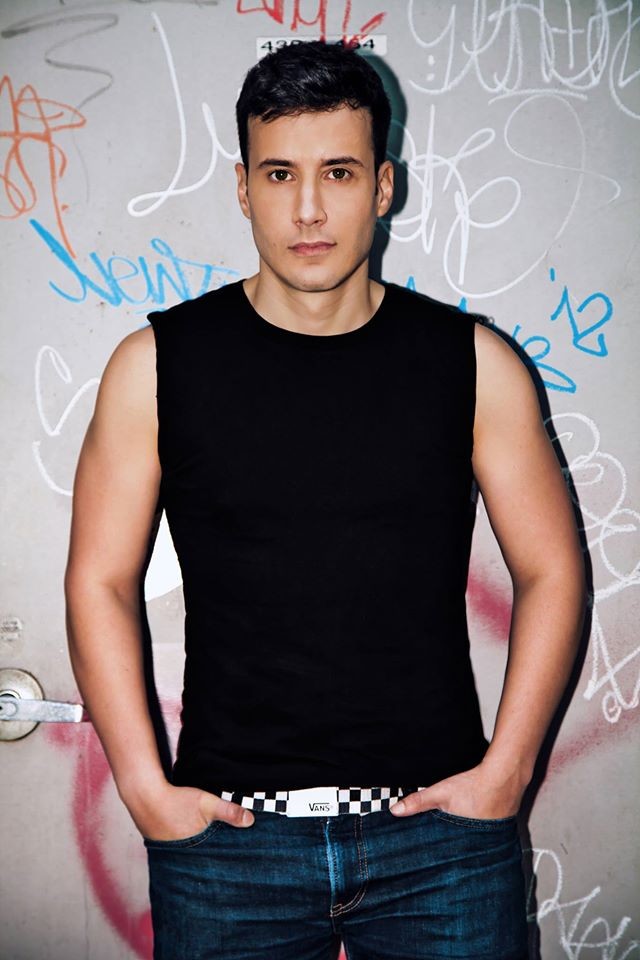 Chicago, IL - CircuitMOM Productions is excited to forever change Chicago Pride this year with Love Revolution, a new, mixed indoor/outdoor post-parade mega-party being held at the Chicago History Museum. The first event of its kind in over 13 years, Love Revolution was conceived of last year to celebrate the imminent passing of marriage equality in Illinois, which organizers were initially confident would pass sometime around Pride, allowing the perfect opportunity for a "Love, Equality and Marriage" themed party.

"As you know, gay marriage passed and then got fast tracked into law and actuality much earlier than anyone anticipated, so we decided to focus on 'love' as the main theme for this event," Matthew Harvat, aka CircuitMOM, told ChicagoPride.com. "It seemed to work for Pride month and if all goes well, we will grow 'Love Revolution' into a yearly, post-parade event that will bring the LGBTQ community and our straight allies together for one massive party. I have watched other major cities throw these massive events on Pride Sunday... why are we not doing it here in Chicago?"

The party, which will benefit the victorious Equality Illinois for all their hard work for marriage equality, is being held at the beautiful Chicago History Museum, 1601 N. Clark Street, located at the corner of Clark Street and North Avenue, in the southwestern corner of Lincoln Park. The museum has a notable record supporting the Windy City's LGBT community, including "The House That Chicago Built," the most recent programming in their expansive Out in Chicago ongoing exhibit/series, which explored the deep Chicago roots of house music, specifically within the LGBT community. That event also included a dance party at the Chicago History Museum, but nothing like the extravaganza planned for after next Sunday's Pride Parade.

Love Revolution is taking over the 15,000 square foot plaza behind the museum, which offers beautiful views of downtown Chicago, Lincoln Park and Lake Michigan, for the outdoor portion of the event. This will house bars, boxes occupied by sexy go-go boys and girls, lights, sound, food (such as gourmet burgers Harvat teased) and a huge dance floor. The grand, column-flanked stairway leads up into the Chicago Room, the museum's indoor event space, which will be transformed with a massive LED wall, DJ booth, more bars and a special VIP area.

"I think people are most excited about the outdoor element," Harvat said, stressing that with Chicago weather's unpredictability, they are prepared for rain or shine. "Plus, the event space inside will be tricked out to the edge and we have some amazing lighting being designed by Jim Goodall and RGB Lights, whom we use for every one of our events. I mean, you have this gorgeous and stately landmark building sitting there with a massive plaza -- the possibilities are endless, really."

Harvat is excited to be working with Chicago-based DJ collaborative "Jump Smokers," who will open the night with their red hot, high-energy crossover dance remixes. According to Harvat, their style is best described as "house with an edge," and watching them creating music live on their turntables is almost as fantastic as the beats they turn out. Headlining Love Revolution is international DJ Joe Gauthreaux, a talented and incredibly sexy music maker who has headlined just about every major dance party in the United States.

"He was the natural choice to help us launch this soon-to-be-annual event," Harvat said. "His production work and original mixes are spectacular and he tells a great story in his sets."

Tickets are currently available online or you can pick them up at Cram Fashion, 3331 N. Broadway, where you can grab a cute outfit for the party and avoid those online service fees. General Admission tickets are going for $40 this week, but will soon jump to $50 and increase further at the gate. There are also a total of 100 $100 VIP spots that include open bar all night, nibbles, a private bar and restrooms, gift bags and more!

So don't miss Love Revolution starting right after the Chicago Pride Parade at the Chicago History Museum in Lincoln Park, which is easily accessible from either the 22, 36, 72, 73, 151 or 156 CTA buses and just a half mile from the Brown Line Sedgwick and Red Line Clark/Division stations. The party is slated to start at 5:30 and rage until midnight.

"Chicago Pride is a lot of fun and I think this event will only add to the experience and give people something to look forward to once the parade is over," Harvat concluded. "Plus, Equality Illinois worked really hard to get gay marriage passed, so it's time we give back to them for all of their hard work! So, tell your friends, your gays, your straights -- we will have something for everyone and anyone that loves amazing dance music and fun people in an unparalleled setting."

Love Revolution comes after a successful Arctic Revolution back in February and two IML parties that saw record attendance this year. Love Revolution is just the start of CircuitMOM's 2014 roster, which also includes Volcanic Revolution over Market Days (August 9) and a Halloween party like you've never seen on November 1 -- CircuitMOM presents: Haunted Hollywood, A Star-Filled Revolution at Chicago's Historic House of Blues. Check back to ChicagoPride.com for more about these upcoming events!