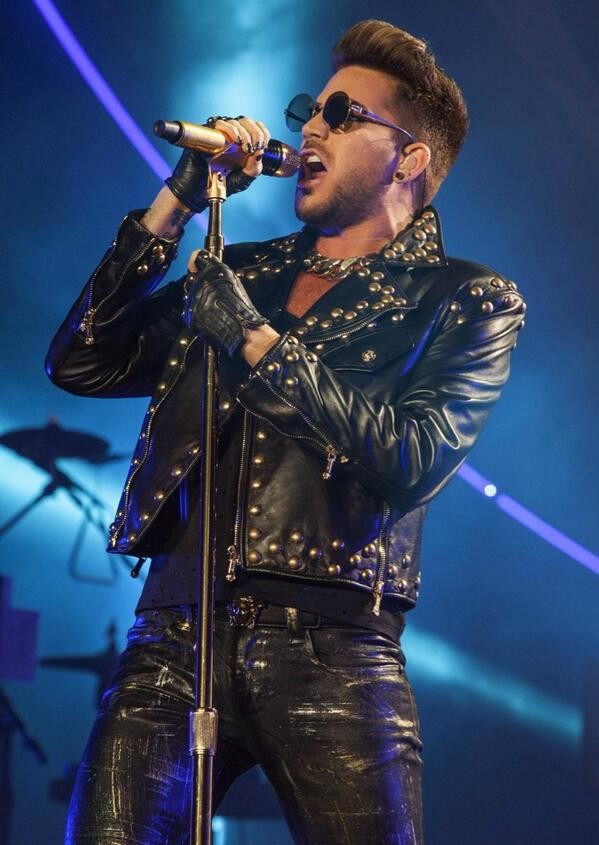 adam lambert at the united center

The night featured a set-list of band's biggest singles and album tracks. Lambert performed lead vocals on iconic songs such as "We Are The Champions," "Another One Bites the Dust," "We Will Rock You," "Killer Queen" and more.

The show closed to a double encore of 'We Will Rock You' and 'We Are the Champions'.

The tour is scheduled to travel throughout the U.S. before heading to Asia and Australia. Upcoming shows include July 3 at The Forum in Los Angeles; July 5 and 6 at The Joint in Las Vegas; July 12 at The Palace at Auburn Hills in Detroit and July 17 at Madison Square Garden in New York.

Thursday's concert kick-off could not have been better planned to coincide with the start of Chicago's Pride Weekend.

Another One Bites the Dust

In the Lap of the Gods

I Want it All

Love of My Life

These are the Days of Our Lives

Who Wants to Live Forever

Tie Your Mother Down

The Show Must Go On

We Will Rock You

We are the Champions