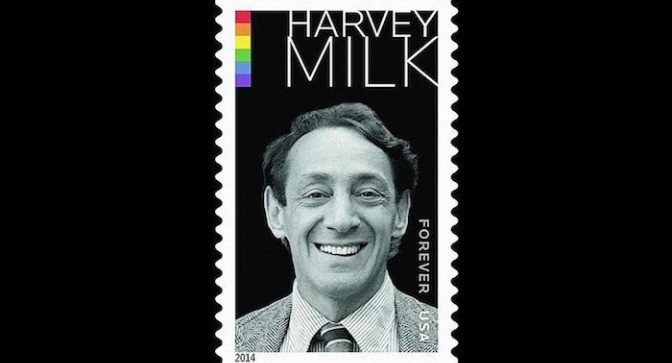 Local ceremony to promote awareness of the gay rights activist

Chicago, IL - The Chicago District of the United States Postal Service (USPS) will hold a local dedication of the new Harvey Milk Forever stamp, today prior to the "State of the LGBTQ Union Forum" at the Center on Halsted.

The commemorative stamp features a photo of Milk, who became California's first openly gay elected official when he won a seat on the San Francisco Board of Supervisors in 1977.

Milk was assassinated less than a year after taking office. In 2009, Milk was posthumously awarded the Medal of Freedom by President Barack Obama.

The stamp was unveiled during a ceremony in San Francisco on Harvey Milk Day, May 22. Despite a protest from the anti-gay group American Family Association, the stamp has been selling out at post offices nationwide.

As part of the local dedication ceremony, the USPS and Center on Halsted hope to promote awareness of the gay rights activist and his message of hope.

"The dedication of the Harvey Milk Forever Stamp during National Gay, Lesbian, Bisexual, and Transgender Pride Month commemorates and memorializes the historic legacy of Harvey Milk as a visionary leader and one of the first openly gay elected officials in the United States," Center on Halsted CEO Modesto Tico Valle told ChicagoPride.com. "At Center on Halsted it is embedded in our mission to pursue equality in the same way Harvey Milk desired and worked to do. We are proud to be presenting and hosting the State of the LGBTQ Union directly after the stamp unveiling as a way to highlight the recent legal changes that have affected our community this past year and educate individuals on their legal rights."

Immediately following the dedication, the Center on Halsted will host the "State of the LGBTQ Union Forum", a Pride month discussion on the legal issues affecting the LGBT community, including marriage, trans* equality and HIV law.

Speakers include Bernard Cherkasov of Equality Illinois and John Peller of AIDS Foundation Chicago. Attorney Jill Metz will deliver the keynote. Ms. Metz is the President of the Board of Directors for the American Civil Union (ACLU) of Illinois. The event is presented in partnership with the Lesbian and Gay Bar Association of Chicago.