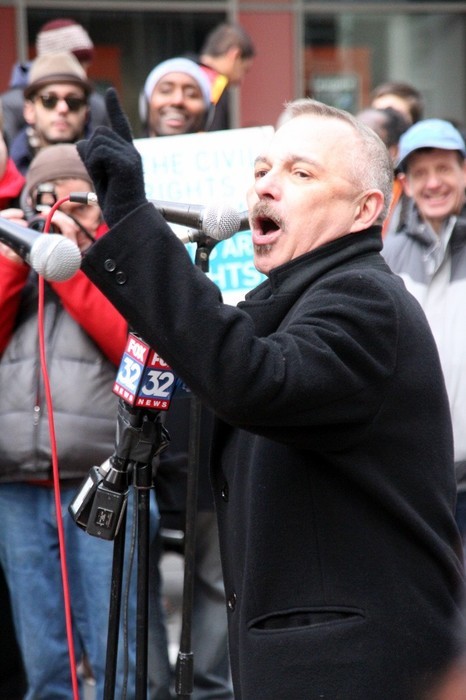 photo credit // chicagopride.com
Chicago, IL - In 2014, for the first time in decades, Rick Garcia did not renew his lobbying credentials with the State of Illinois.

"With the marriage bill finally passing, I felt like I had accomplished much of what I had wanted to accomplish," Garcia said. "After 35 years as a gay rights activist, I just thought, 'What do I do now?'"

Garcia had been political director of The Civil Rights Agenda and, before that, Equality Illinois. Never one to shy from controversy, Garcia nevertheless was weary of more lobbying once the Religious Freedom and Marriage Fairness Act passed. He has now taken a new position, working for Cook County Sheriff Tom Dart.

"I've known Sheriff Dart since he was a state rep," Garcia noted. "He worked with us on all the important issues, including with marriage. I had told him that I was looking to make a change, and then later he asked if I would come work for him. So there I am now, firmly ensconced at the jail."