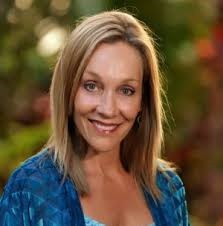 Chicago, IL - When marriage equality goes into effect statewide on June 1, at least 39 couples will be walking down the aisle as part of a group-marriage event at Unity in Chicago, a non-denominational and all-inclusive church in the Rogers Park neighborhood.

Coordinated by David Viggiano, Media Director at Alpaytac Marketing Communications, and Rev. Heidi Alfrey, Married in Unity expects to see the couples and some 300-500 witnesses at this historic ceremony in the spacious garden at Unity in Chicago, 925 W. Thome Ave.

"Rev. Heidi Alfrey, who recently became our new Senior Minister, came to me with the idea of a group gay wedding on June 1," Viggiano told ChicagoPride.com. "Since Unity in Chicago would be hosting the event, I wanted to be sure we were all-inclusive, so we opened the ceremony up to everyone, and I'm proud to say we are up to 39 couples – gay, lesbian and straight. Some getting married, some renewing their vows and some transferring their civil union to legal marriage."

The event is free and accompanied with many vendors that will be donating food, photography, flowers and decorations. There will also be restaurant partners that are offering discounts on after-the-event meal in addition to entertainment from local musicians.

As an openly-gay man himself, Viggiano has always felt strongly about equal rights. He believes the right to marry is more than a religious issue.

"I have been a supporters of gay marriage for years, but never had the chance to really make a mark or help the movement progress other than by vocalizing my support," he explained. "This was my chance to make a difference, to create history and most importantly, to help transition "gay marriage" to just "marriage" in the public's mind by having a group wedding that includes same sex and opposite sex couples."

Alfrey, who was officially ordained with Unity in March of 2011, agrees. She chose this profession because she believes there is more to life than a journey of worry, struggle, confusion and frustration.

"This is a day that is changing the world," she told ChicagoPride.com. "At Unity, we really are focused on equality and the rights for people to be who they are. I believe people who are trying to be who they are need to find places where it's okay to be male, female, gay, straight, etc. To follow the passion for your life and have the self esteem and know yourself as a valuable person. LGBT people inspire me to be free. Their authenticity is astounding. I believe anything that allows us to quit looking at our differences is really going to create peace on earth."

Brian Fallon, 50, and Fred Mahaffey, 65, are one of the couples who will be saying "I do." They plan to turn their civil union into a legal marriage.

The two met at Unity in June 2000 in the very garden where Married in Unity will be taking place. They had a commitment ceremony on Sept. 6, 2003 at Unity and a civil union 10 years later to the day at the exact same location. They are thrilled for this event.

"Since we had a commitment ceremony 10 years ago and a civil union last year, we pretty much know that we are as married as married can be," Fallon said. "Being able to convert our civil union to legal marriage will mean that we have done all we can to have our relationship honored and recognized. We don't think it as gay marriage, it is just marriage. For me, I think perhaps this is the most important message we can communicate to folks that may not understand or support same-sex marriage. We are not getting anything special. We are simply being allowed to participate more fully. Reaping both the benefits and the challenges that married couple and families have dealt with through the years."

Married in Unity is an event created to bring people of all backgrounds, ages, religions, races and sexual preferences together. No protests or problems are expected to occur. "Just light, love and laughter," joked Viggiano.

"I want everyone to see the wonderful community that Unity in Chicago is," he added. "And for anyone who may be looking for a more fulfilling spiritual life, I hope this event will expose them to an alternative that they never considered."

Married in Unity, begins at 4 p.m. on Sunday, June 1. The ceremony will commence between 4:30 p.m. and 5:00 p.m.Couples interested in participating can register online until the morning of June 1.

Related: Marriage equality in Illinois: The lead-up to June 1