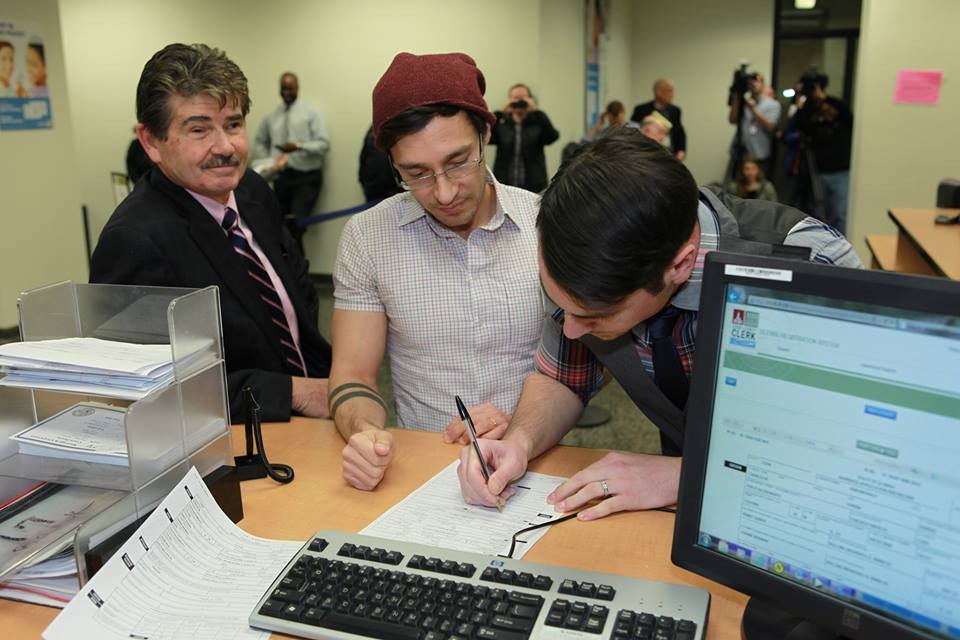 "On June 1, we will finally have full marriage equality in Illinois," Orr said. "Same-sex couples who wish to get a marriage license will now be able to have one issued in the county where they live, without having to travel to one of the 16 counties issuing licenses in the wake of the Feb. 21 court ruling."

When Illinois' marriage equality law was passed in 2013, lawmakers set June 1, 2014 as the date it would take effect. Orr began issuing marriage licenses to same-sex couples on Feb. 21 of this year, immediately following a federal judge's ruling. In those three months, 15 of Illinois' other 101 counties followed suit.

According to Orr's office, of the approximately 1,140 Illinois same-sex couples who have been issued marriage licenses since Feb. 21, 990 have been from Cook County and 150 couples have come to Cook County from 19 other Illinois counties. The remainder have traveled to Illinois from different states.

A couple must get married in the county where they have their marriage license issued.

Since the Feb. 21 ruling did not address couples who had previously entered into a civil union, same-sex couples who wished to convert their civil union into a marriage were required to wait until June 1, 2014.

The Clerk's Bureau of Vital Records offices – one in downtown Chicago and five throughout suburban Cook County – will be closed on Sunday, June 1, but will open on Monday, June 2, to begin converting existing civil unions to marriages for same-sex couples, as well as issuing marriage licenses to couples who plan to have a ceremony.

Here's what couples need to know about converting their civil union: Converting means the couple's date of marriage will be backdated to their date of civil union; Both partners need to appear in person at a Clerk's office to make this change; The conversion must be completed in the county where you received your civil union; There is no charge for the marriage license for couples who already had a civil union; Marriage certificates, however, cost $15 for the first copy and $4 for each additional copy; Couples will leave with their new marriage certificate in hand, no ceremony needed.