Jim Parsons says he was never in the closet 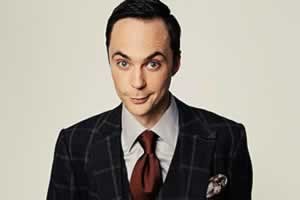 Jim Parsons, a co-star on the CBS hit comedy The Big Bang Theory, said Friday that he did not actively hide his sexual orientation.

Parsons came out gay in a The New York Times profile last year that casually dropped "Mr. Parsons is gay and in a 10-year relationship" without the need for an elaborate quote from its subject.

In a SiriusXM Progress interview with Michelangelo Signorile, Parsons described living openly in Hollywood with his boyfriend.

"I was four years into my relationship that I'm in now. What happened was that we were very fortunate with the show, and we started getting invited to awards shows and stuff. I had to deal with it very quickly. I mean, there was no option, I was going to take Todd. And so I had to deal with it."

"This went on for years, until I was sitting there with Patrick Healy [of The New York Times] – and I just love this – he just [asked], 'As a gay man.' And I was kind of thrilled. He finally just took the information that I'd presented in front of him, and everyone, and just talked about it."

Parsons appears next in HBO's film adaptation of The Normal Heart.