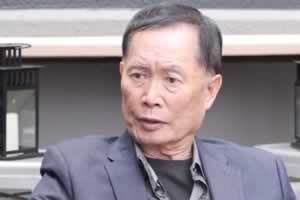 Columbus, OH - Actor George Takei, who is best known for his role as Hikaru Sulu on Star Trek, will serve as grand marshal to the Columbus Pride Parade.

"We are honored to have George Takei join us for this year's Pride Celebration," Karla Rothan, executive director of Stonewall Columbus, which organizes the annual event, said in a statement. "As an artist and activist George's compelling story syncs with our theme, 'Created Equal.'"

"George has worked tirelessly on behalf of our rights and we honor him in June for his lifetime of activism," she added.

Takei will lead the June 21 parade through downtown Columbus. A week later he'll do the same for Seattle's annual pride parade.

Takei came out in 2005, prompted by California Governor Arnold Schwarzenegger's veto of a gay marriage bill.