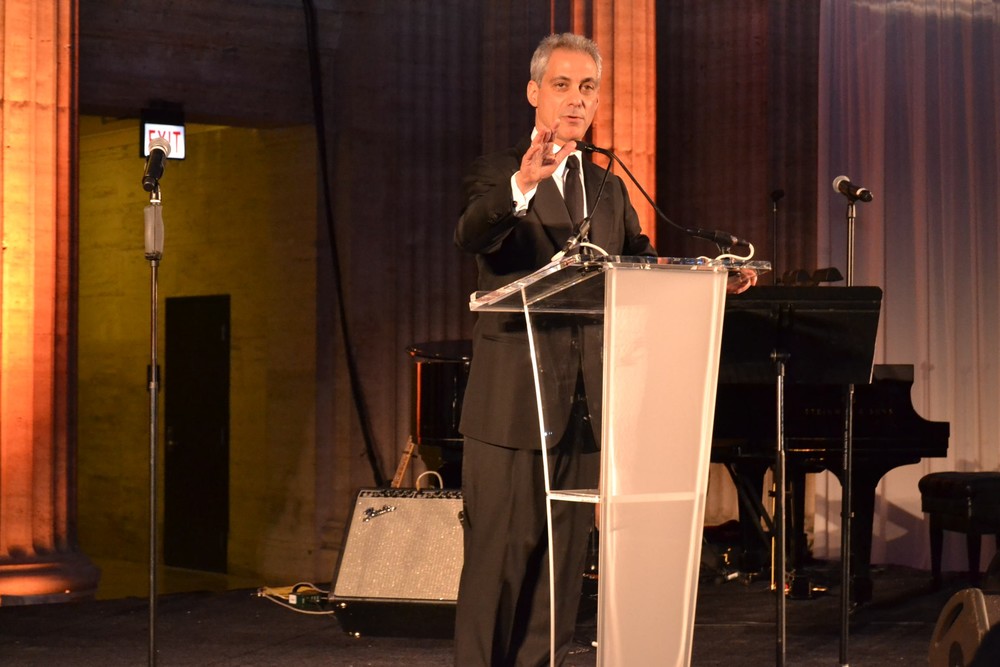 Nearly 750 guests, including civic leaders, local, state and federal elected officials, attended the event to recognize the contributions of individuals, businesses and organizations to the LGBT community in Chicago.

Mayor Rahm Emanuel, who served as honorary co-chair of this year's event, and Illinois Gov. Pat Quinn spoke of the recent progress made in Illinois, including passage of the Religious Freedom and Marriage Fairness Act.

He continued, "There is no longer straight marriage and gay marriage, there is marriage in Illinois. There is no difference."

This year's Human First Award recipients were Robert Kohl and Clark Pellett, Evette Cardona and Mona Noriega, and Carol Ronen, whose work helped to secure marriage equality in Illinois and to advance the health and well-being of LGBT youth in Chicago.

Northwestern Memorial Hospital and University was honored with the Community Spirit Award for their long and progressive history of serving LGBT people through research and mental health services.

Branden James, an opera singer and finalist in Season 8 of America's Got Talent, and Jess Godwin as well as SHOUT OUT and the Civic Orchestra of Chicago provided the entertainment.

The event closed with remarks by Center on Halsted's CEO, Modesto "Tico" Valle, who spoke about LGBT seniors, transgender visibility and rights, and LGBT youth.

"Tonight, as a significant life of Vernita Gray lingers in our thoughts, we can not forget about our youth," he said. "Center on Halsted can use Vernita's tremendous legacy to push forward."