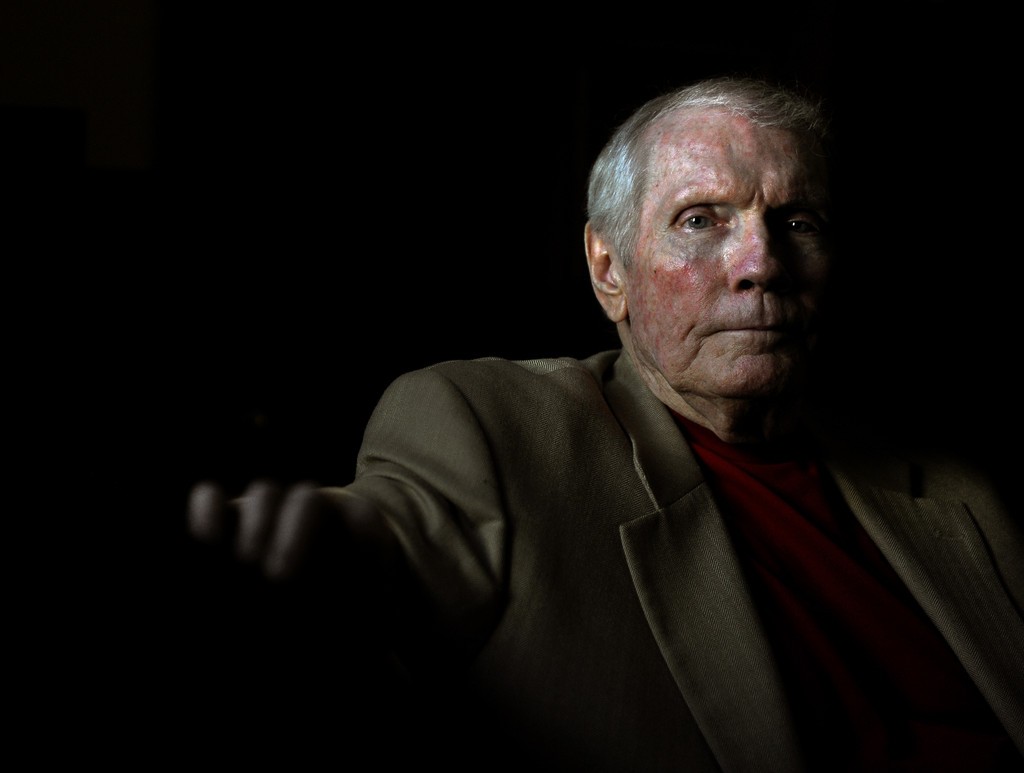 Topeka, KS - Pastor Fred Waldron Phelps Sr., the controversial anti-gay leader of Westboro Baptist Church, has died at 84, according to a family member.

Timothy Phelps, one of Phelps' five sons, told WIBW-TV that his father died before midnight on Wednesday.

Phelps Sr., a disbarred lawyer and an ordained minister, started Westboro Baptist Church in 1955. The Topeka-based church is not affiliated with a larger denomination and is made up mostly of extended family members.

Fred Phelps Sr. and his church gained national attention when they protested at the funeral of Matthew Shepard with signs that read "No Fags in Heaven" and "God Hates Fags." Members of the church continued to protest at funerals of soldiers with signs containing messages such as "Thank God for dead soldiers," and "Thank God for 9/11," claiming the deaths are God's punishment for American immorality and tolerance of homosexuality and abortion.

Over the weekend, ChicagoPride.com reported Phelps Sr. was "on the edge of death" after his estranged son, Nate Phelps, posted a statement on his Facebook page on March 16, which said the senior Phelps was dying in hospice care in Topeka and that he had been ex-communicated from his own church by three of his children in August of 2013.

"Terribly ironic that his devotion to his god ends this way. Destroyed by the monster he made," Nate Phelps wrote.

Shirley Phelps-Roper told the Topeka Capital-Journal on Thursday that her father had died at Midland Care Hospice in Topeka.

Phelps-Roper told the paper it was "none of your business" when the reporter asked if members of Phelps' family had been present when he died.

Members of Westboro Baptist Church have attempted to stage number of protests in Chicago. In 2008, a handful of church members trying to protest outside the Center on Halsted had to retreat to a nearby police station after being countered by more than 100 people.