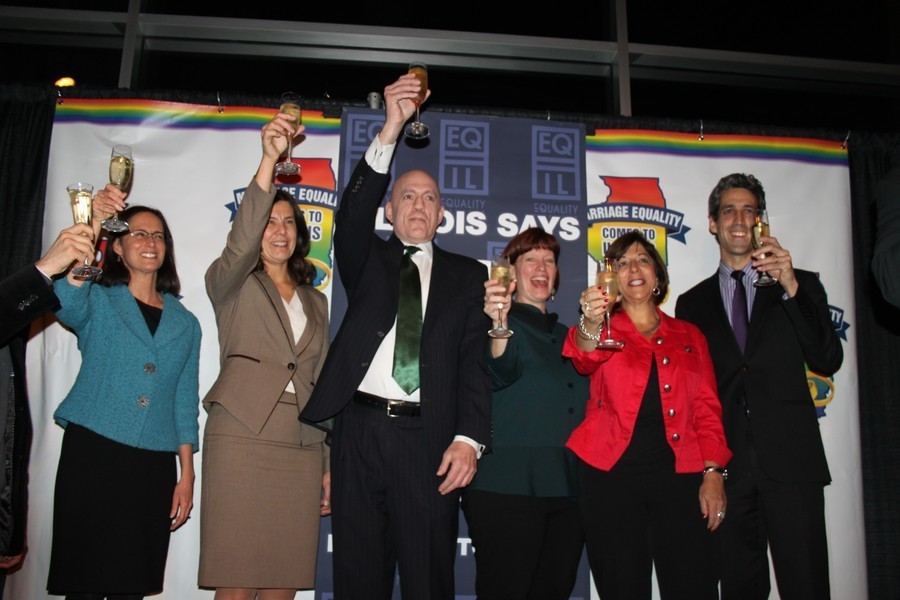 Chicago, IL - Equality Illinois on Sunday called on county clerks throughout Illinois to consider and follow the ruling of U.S. District Court Judge Sharon Johnson Coleman that marriage equality is a fundamental right and denying immediate access to it is unconstitutional.

"The federal court's ruling responded to a lawsuit filed in Cook County and applies initially only to the Cook Couty Clerk's office, but clerks in the other 101 counties can take official notice of the decision and its reasoning," Equality Illinois CEO Bernard Cherkasov said. "We will be reaching out to county clerks all around the state hoping that they will also be persuaded by the judge's rationale. After all, the federal court said that it is unconstitutional to deny same-sex couples marriage licenses."

Cherkasov added that the new marriage bill adequately provides county clerks with the guidance they need to move forward. "With the passage of the marriage equality bill, the legislature has already set forth procedures for the clerks to follow and strong protections for religious freedom, so there is no reason to delay the benefits and recognition of marriage to loving, committed couples and their families," he said.

Meanwhile, state Sen. Kyle McCarter (R-Lebanon) on Friday night announced he was ending his effort to repeal the marriage law. Senate Bill 2637 had been scheduled for a hearing on Wednesday before the Senate Executive Committee.

"The developments on Friday again reinforce the successful dual-track legislative and judicial strategy for attaining marriage equality in Illinois," Cherkasov said. "But our work is not done. We have seen in other states that marriage opponents have tried to carve out more exemptions and weaken the law, and we must remain vigilant that does not occur in Illinois."

All of the marriage license offices of Cook County Clerk David Orr will be open Monday to issue the licenses for same-sex couples. With the swiftness of Friday's ruling, only the Loop office could react immediately.