Greg Louganis: It's not safe to be LGBT in Russia 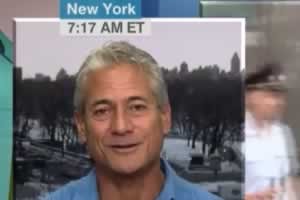 Sochi, Russia - Olympian Greg Louganis said Sunday that having the Winter Olympics in Russia goes against the Olympic Charter.

Louganis, who won four Olympic gold medals in diving, made his remarks during an appearance on CNN's New Day.

"It's not a safe time to be an LGBT individual in Russia," Louganis stated, a reference to Russia's controversial law which prohibits the promotion of "gay propaganda" to minors.

"I'm working with really pushing the idea and concept of P6, principle 6. Which states from the International Olympic Committee charter that there's no discrimination that's a part of the Olympic movement. Having the Olympics in Russia kind of goes totally against the principle 6 with its anti-propaganda laws."

The Olympic Charter's sixth principle states: "Any form of discrimination with regard to a country or a person on grounds of race, religion, politics or otherwise is incompatible with belonging to the Olympic Movement."

(Watch the entire segment on CNN)