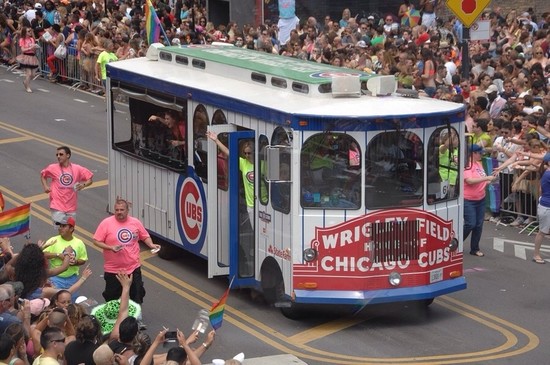 The game scheduled for Sunday, June 29, against the Washington Nationals at Wrigley Field has been moved to Saturday, June 28, as part of a separate admission, day-night doubleheader.

44th Ward Alderman Tom Tunney made the request because of concerns over neighborhood traffic and congestion during the parade, which drew over one million people to the Lakeview neighborhood last year.