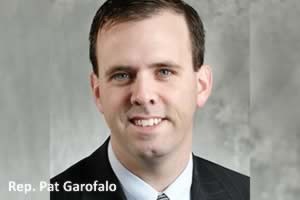 Minneapolis, MN - A Minnesota House Republican who voted for gay marriage quadrupled the campaign cash he received in 2011.

Following the defeat of a proposed constitutional amendment banning such unions in November, 2012, lawmakers approved a same-sex marriage law which took effect in August.

Four Republicans joined all but 2 Democrats in the House in voting for the measure.

According to the Star Tribune, which analyzed public campaign reports released Saturday, Republican Rep. Pat Garofalo quadrupled what he raised in 2011.

"The House members whose 2013 votes were contrary to most in their party or their districts brought in double, triple or even quadruple the cash they raised in 2011," the paper reported.

"It's an incredibly strong statement by people who supported the freedom to marry," Richard Carlbom, a spokesman for Minnesota United, the coalition in support of marriage equality, told the paper.