Aaron Rodgers: 'I'm not gay, I really really like women.' 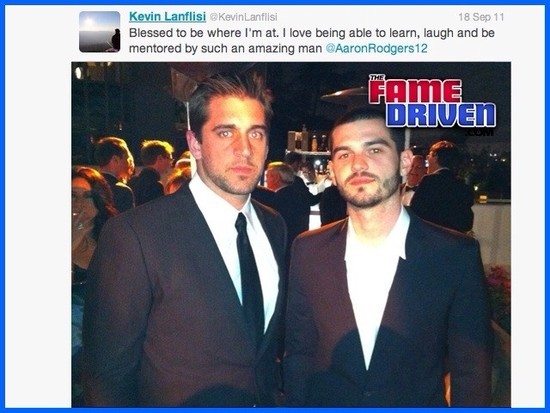 Milwaukee, WI - Green Bay Packers quarterback Aaron Rodgers is addressing speculation that he was once involved in a gay relationship.

"I'm not gay. I really really like women," Rodgers said Tuesday on ESPN 540 in Milwaukee.

Here's the audio, via Deadspin


RadarOnline Monday reported the 30-year-old Rodgers and his one-time roommate and personal assistant Kevin Lanflisi were involved in a gay relationship until a falling out after Rodgers failed to join a number of other NFL players in publicly coming out as gay last summer.

The Fame Driven website, credited with first reporting story, quoted an an anonymous tip in 'outing' the star quarterback.

"There has been speculation for years here in Wisconsin that Aaron is gay which I always brushed off, but after looking at Kevin's twitter I'm inclined to believe Aaron and Kevin were more than just roommates/friends, I believe they were lovers. What do you think?" the source told the website.

A disclaimer published as part of the article read, "TheFameDriven.com takes no responsibility or liability for opinions, observations, alleged rumors, pictures, or assumptions stated in the email or comment section by our readers."