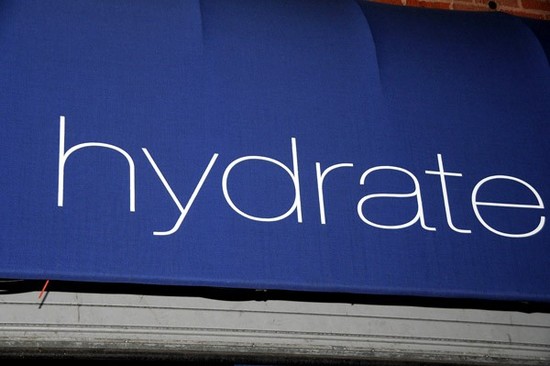 "As we continue to bring new entertainment options to North Halsted, it's the perfect time to recreate Hydrate and celebrate the New Year with a fresh destination on the block to serve the gay community in 2014," said club owner Mark Liberson, who also owns nearby bars Elixir Lounge, Replay Beer & Bourbon, and Halsted's Bar and Grill.

Hydrate opened over Pride Weekend 2003 replacing Manhole, a gritty leather club previously occupying the space at the corner of Halsted and Cornelia. The club offered a new experience with the most visible and dramatic of the many changes being the addition of clear glass garage doors making for a more upscale and multi-purpose space. The club was again remodeled in 2008.

Before closing for renovations, Liberson and the Hydrate staff will celebrate the past decade with two parties.

A TPAN benefit on Friday, Jan. 3 featuring an underwear fashion show by Team Cür, the men of TPAN's Ride for AIDS Chicago Team. A $10 minimum donation includes the fashion show and premium cocktails from 9 - 11 p.m. Following the show DJR continues the party until 4 a.m.

The final night of operation will be on Saturday, Jan. 4 with a special Dragilicious Show at 9:30 p.m. with upcoming RuPaul Drag Race Contestant Gia Gunn, the reigning Miss Continental Naysha Lopez and a fabulous cast of female impersonators. The evening continues with a 'Hard Hats and Sledgehammers' party featuring DJ Ted Eiel.

Following the party, Hydrate will close and immediately begin construction with plans to re-open in mid- to late- February with a more "upscale feel," according to Liberson.

The renovation will be extensive and include crystal chandeliers from the former Ambassador West Hotel.

Liberson notes the adjacent cocktail lounge Elixir will remain unaffected by the Hydrate construction and will continue normal service.