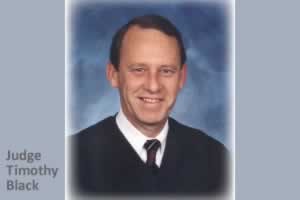 A federal judge on Monday ruled that Ohio must recognize the legal marriages of gay couples on death certificates.

"This conclusion flows from the Windsor decision of the United States Supreme Court this past summer, which held that the federal government cannot refuse to recognize a valid same-sex marriage," Black wrote. "And now it is just as Justice Scalia predicted – the lower courts are applying the Supreme Court's decision, as they must, and the question is presented whether a state can do what the federal government cannot – i.e., discriminate against same same-sex couples ... simply because the majority of the voters don't like homosexuality (or at least didn't in 2004). Under the Constitution of the United States, the answer is no, as follows."

While Black's ruling is limited to ordering Ohio to recognize the out-of-state marriages of gay couples on death certificates, his opinion goes beyond that narrow question to declare the state's 2004 voter-approved constitutional amendment limiting marriage to heterosexual unions unconstitutional.

"[T]he Supreme Court has established that existing marital, family, and intimate relationships are areas into which the government should generally not intrude without substantial justification," Black wrote. "Based on these principles, the concept that a marriage that has legal force where it was celebrated also has legal force throughout the country has been a longstanding general rule in every state."

"The right to remain married is therefore properly recognized as one that is a fundamental liberty interest appropriately protected by the Due Process Clause of the United States Constitution. Here, Ohio's marriage recognition bans violate this fundamental right without rational justification."

(Related: Black's previous rulings angered Ohio state Rep. John Becker, a Republican from Union Township, who accused Black of "malfeasance and abuse of power" in calling for the judge's impeachment.