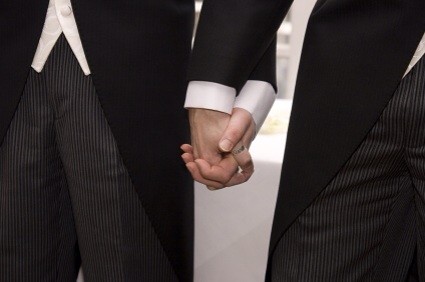 U.S. District Judge Sharon Johnson Coleman Monday ordered the Cook County Clerk's office to start issuing marriage licenses to same-sex who can establish that one or both partners may not live to June 1, 2014, when marriage equality is set to take effect in Illinois.

"When you have a terminal illness, every day is significant. Even though we know the freedom to marry is coming to Illinois, the default implementation date of the new law is too far away for these couples," said Camilla Taylor, Marriage Project Director for Lambda Legal.

According to Orr's office, issuance of a marriage license is dependent on the completion of a physician's certification form that can be downloaded on the marriage equality page of the clerk's website.

"We thank the Court and the clerk's office for their swift response to ensure that Illinois couples who are struggling with the challenges of a life-threatening illness will have a chance to be married," added Taylor.

The orders were given less than two weeks after Vernita Gray, who is terminally ill, and Patricia Ewert were the first same-sex couple in Illinois to marry; they were issued an emergency marriage license after a lawsuit was filed by Lambda Legal and the ACLU of Illinois.

"Judge Coleman's order creates a clear, understandable process for the many couples across Illinois who are facing serious medical conditions - conditions that may result in their never been able to be married," said John Knight, LGBT and AIDS Project Director for the ACLU of Illinois. "The freedom to marry is important for all same-sex couples but becomes extremely important for couples facing serious health conditions. For them, the personal and emotional benefits of marriage, as well as the legal protections it provides, are critical."