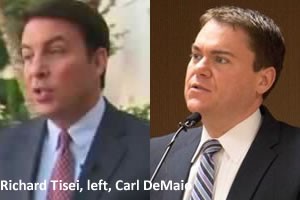 According to POLITICO, Forbes has waged a behind-the-scenes campaign to persuade colleagues and National Republican Congressional Committee (NRCC) leaders against endorsing such candidates.

Forbes, whose name is being bandied about as a possible candidate for the powerful House Armed Services Committee chairmanship, said that he was concerned that House members would be asked to contribute to the campaigns.

"There would be a different situation if they tried to force other members to give money," Forbes said.

NRCC Chairman Greg Walden said in an email that its "decisions on the Republican nominees we support will not be based on race, gender or sexual orientation but will be based on the strength of their candidacy and their ability to defeat Democrats."