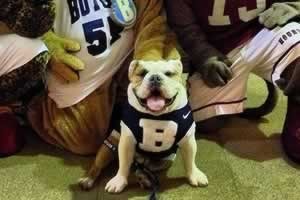 Indianapolis, IN - Butler University on Thursday announced its opposition to a proposed gay marriage ban in Indiana.

"Butler University is an institution where all people are welcome and valued, regardless of gender, sexual orientation, religion, or ethnicity; a culture of acceptance and inclusivity that is as old as the university itself," said Butler President James M. Danko.

Megan Robertson, campaign manager of Freedom Indiana, the coalition of groups working against passage of the amendment, welcomed Butler's announcement.

"We are grateful to Butler for standing with Freedom Indiana and our efforts to protect all Hoosiers," Robertson said in a written statement. "Our Constitution is not the place to have this conversation, and we simply cannot afford to send the message that our state is not a welcoming place."

Danko said that passage of the amendment would hinder the school's ability to compete for staff and students.

"Continuing to attract diverse and talented students, faculty, and staff to Butler is of the utmost importance as we seek to provide an education that prepares our students to succeed in a multicultural workforce and global society," Danko said.