Kansas student says he was suspended for carrying purse 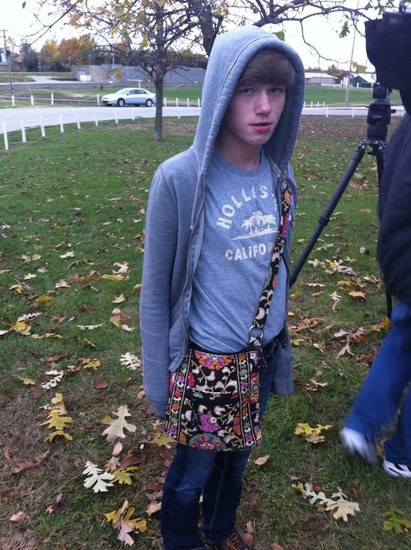 Skylar Davis, 13, first told his story to KCTV5. He said he'd been carrying the handbag to school since August without incident. But, earlier this month, he was called to the assistant principal's office and told to stop carrying the purse.

When he refused, he was sent home.

Skylar's mother told the news station that she thinks her son's stand is "pretty cool."