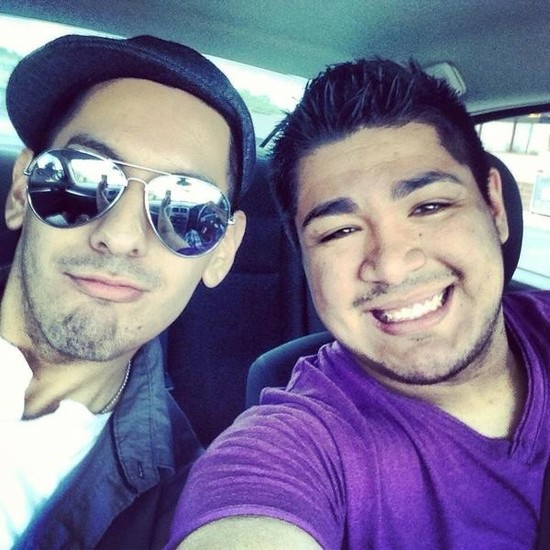 jonathan pacheco (right) and his boyfriend

photo credit // jonathan pacheco
Chickasha, OK - Walmart says it's dismissed an employee for asking a gay couple to leave a store in Oklahoma.

The Chickasha Express-Star reported earlier this week that Jonathan Pacheco and his boyfriend were shopping at a Walmart in Chickasha, Okla. when an employee approached them with a series of questions about homosexuality before ordering them to leave the store.

"He told me that I wasn't allowed in his store," said Pacheco.

Pacheco told the publication that the employee, who is identified as a janitor, said, "It is Adam and Eve, not Adam and Steve," before telling the pair to get out.

"I wasn't looking for any kind of fight, and we weren't acting inappropriately. I just wanted to buy some cookies," Pacheco told the Express-Star. "I feel like I can't go anywhere now."

After The Huffington Post picked up the story, a corporate spokesperson wrote the website, saying, "This is clearly unacceptable to us and to our customers. The associate involved is no longer with the company."

The big box retail giant has a checkered history with LGBT rights. Walmart scored relatively poorly on the Human Rights Campaign's annual Corporate Equality Index, which ranks major companies on their LGBT policies and practices. Walmart received a 60 percent ranking out of 100 in 2013, Target, Best Buy and Illinois-based Walgreens all received a 100 percent ranking.