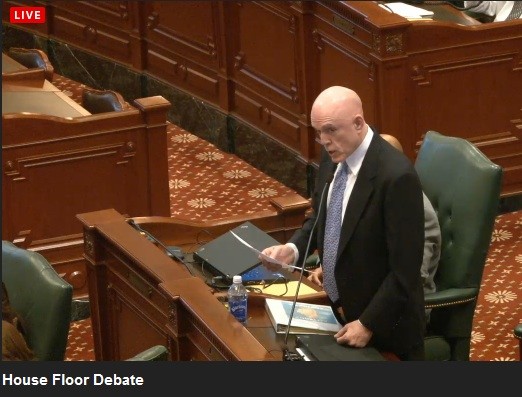 Sen. Harmon's amendment is to House Bill 2747, which deals with the Freedom of Information Act. HB2747 would be up for a vote in January, during the new session of the legislature. If the amendment was approved, the bill was passed and then signed into law, the new effective date for SB10 would be 30 days after HB2747 passed, rather than the current effective date of June 1st, 2014.

"We are all eager for the freedom to marry to go into effect and are celebrating the historic victory that will bring it to Illinois on June 1, 2014," said Equality Illinois CEO Bernard Cherkasov told ChicagoPride.com. "We are exploring with our legislative leaders the opportunities we'd have to move up the effective date."

The Illinois House approved Senate Bill 10 on Tuesday by a 61-54 vote. The Senate easily approved the measure an hour later. The bill was initially approved by the Senate on Valentine's Day, but stalled in the House on May 31.